'Women in the Golden Age of Magic' at New-York Historical Society, Aug. 2

Author Margaret Steel will give a talk on "Women in the Golden Age of Magic" at the New-York Historical Society on August 2. This is part of the museum's special "Summer of Magic" programing. 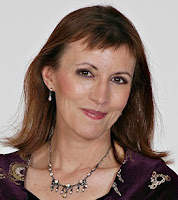 EVENT DETAILS
In the 1880s, women exploded into the world of magic when Madame Adelaide Herrmann replaced the traditional boy assistant as the first glamorous female illusion partner. Many followed in her footsteps, including her famous contemporaries Bess Houdini and the spectacular illusionist Dot Robinson. In 1899, following the sudden death of her magician husband, Madame Herrmann shocked the world by stepping into the magician’s role herself as vaudeville’s Queen of Magic. That same year, Talma, the Queen of Coins, debuted her own magic act in England. Join us as historian and magician Margaret Steele explores the lives of these pioneering women and their influence on the work of contemporary women in magic. Book signing after the program

Margaret Steele is the editor of Adelaide Herrmann Queen of Magic.


The New-York Historical Society's Summer of Magic: Treasures from the David Copperfield Collection exhibition features rare treasures from the Golden Age of Magic, including Houdini's original Milk Can, Metamorphosis trunk, straitjacket, Bess's stage coat, and the Mirror Handcuffs (the first time the cuffs have been shown publicly in some 20 years). The exhibition runs through Sept. 16, 2018.