The Magic Castle in Hollywood has released a new Houdini Seance Coin. The AMA creates these unique coins as souvenirs for those who attended the Houdini Seances. This year's coin, designed by Seance Manager Marisol Alvarez, also marks the Magic Castle's 55th Anniversary. 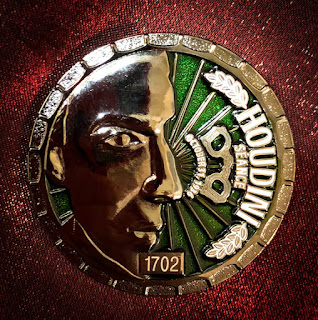 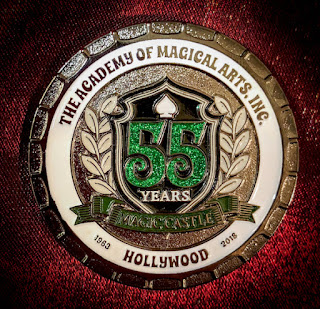 The Magic Castle Houdini Seance coins are available for purchase at the front desk or via the online store.

By the way, today the AMA announced in their monthly newsletter some upcoming changes to the Houdini Seance. I will detail all in an upcoming post.