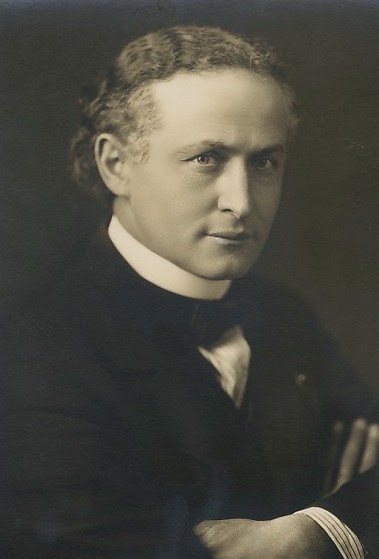 Welcome to another year of being WILD ABOUT HARRY! When a new year turns over, I always like to think about where Houdini was in his own life and career 100 years ago. So let's kick off 2015 with a look back at what Houdini was up to in 1915.

Houdini had originally planned 1915 to be a very different year than it turned out to be. He was constructing a "super car" that would fold out into a portable stage and theater that could seat 500 people. Houdini planned on taking this traveling caravan across Russia and into China and Japan, where he had never performed before. However, the outbreak of war in Europe in 1914 scuttled his plans, and for the first time since 1907, Houdini would spend his entire year in North America.

Houdini kicked off his 1915 vaudeville tour at Keith's Theatre in Toledo, Ohio. That same month saw him performing in Grand Rapids, Detroit, and Rochester, NY. After a week in Montreal, Houdini would spend the next two months playing the major cites of the East, including Syracuse, Providence, Pittsburgh, and Baltimore. When he played the Poli Theater in Scranton, PA, The Scranton Truth observed:

While the name of Houdini conjures up jails, prisons, handcuffs, bolts and bars, the star is not doing many of his former feats nowadays. He has graduated from king of these entertainers and is now modern in every feat. Also he is the original, none of his latest feats ever having even been imitated.


In April, Houdini headed south for a rare appearance in Atlanta, GA. There at the Forsyth Theater he opened his act by showing his 1909 film, The Marvelous Adventures of Houdini in Paris, then performed the Needles and The Water Torture Cell. "The Chinese torture trick is good, but the needle is the best yet shown in this or any other city," enthused The Atlanta Constitution.

Houdini returned to Flatbush in May to spend the summer months home in New York. He wrote to A.G. Waring: "I have worked hard and faithfully, and never knew what it was to shirk work, until on morning I awoke and found that my Mother had departed–and since then I "loaf" at my work." While home, Houdini and his brothers settled their mother's estate valued at $200,000, giving it all to sister Gladys. She then set off on 2 year tour of world with friend Birdie Yanker. 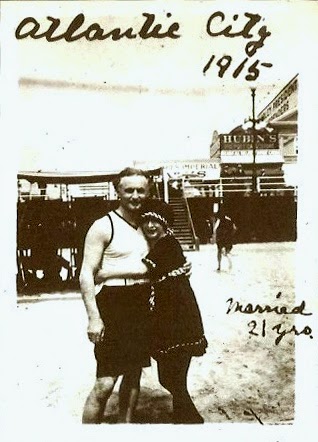 In June, Harry and Bess celebrated their 21st Anniversary in Atlantic City. Houdini then performed an overboard box escape from Atlantic City's Garden pier before 10,000 onlookers on July 28.

August found Houdini headlining at the Palace Theater in New York. He then played a week at Henderson's Music Hall in Coney Island. On August 17th he performed an overboard box escape from Coney Island's Ward's Baths.


A milestone event occurred in Kansas City on September 8, 1915 when Houdini performed what is thought to be his first suspended straitjacket escape. Houdini was raised 20 feet above the heads of 5000 onlookers in front of the Kansas City Post building. He would repeat the feat in Minneapolis on September 29, this time raising the height to 45 feet.

Houdini and Hardeen famously played against each other in Oakland, California during the week of November 21. Dash opened at the Pantages while Houdini headlined at the Orpheum. However, it was Houdini who dominated newspaper coverage with a suspended straitjacket escape from the Oakland Tribune building on November 23, in which he was bloodied when he was accidentally battered against the side of the building. It was also in Oakland that the Houdinis met and spent Thanksgiving with Jack and Charmian London.


Houdini then traveled to Los Angeles where he had his famous encounter with Jess Willard from the stage of the Orpheum Theater. He also performed a suspended straitjacket escape from The Express Tribune Building which drew a crowd estimated at 25,000-35,000. The escape was filmed; possibly the first time one of his suspended straitjacket escapes had been recored. He may have also has his closest brush with death at this time when he tried a Buried Alive stunt in nearby Santa Ana (although some sources date this as taking place in 1919). 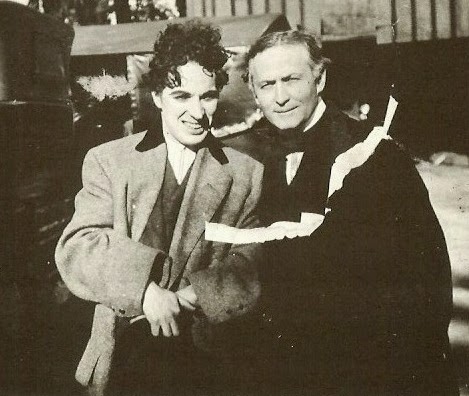 In 1915 movies were coming into their own (The Birth of a Nation was released that year), and while on the West Coast, Houdini visited the studios and met several stars of the new industry. Among them was Charlie Chaplin who was making films for Essanay under a lucrative new deal which brought him a weekly salary as high as Houdini's. Houdini would also take a meeting with Universal Pictures about starring in a version of 20,000 Leagues Under The Sea. The deal never came to fruition, but the emerging movie industry was very much on Houdini's mind as the year came to a close.

In December Houdini opened in Salt Lake City as the Orpheum's Christmas Week Attraction. Hardeen once again played the competing Pantages Theater. On December 22 Houdini did a suspended straitjacket escape from the Walker Bank Building. At the time it was the tallest building between Chicago and San Francisco. Harry and Bess then traveled through the American Southwest, posing for photos at the Garden of the Gods National Park in Colorado Springs.

Houdini closed out the year with an engagement in Denver and a suspended straitjacket escape from the Denver Post building on December 30, 1915. 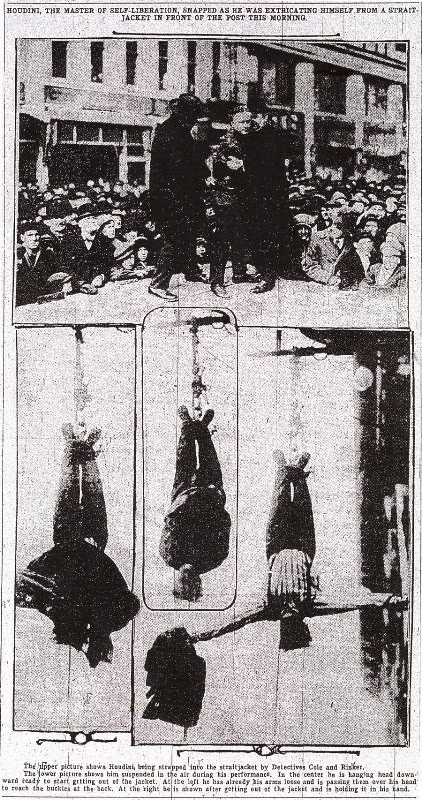