Fire at the HOUDINI cinema in Zürich 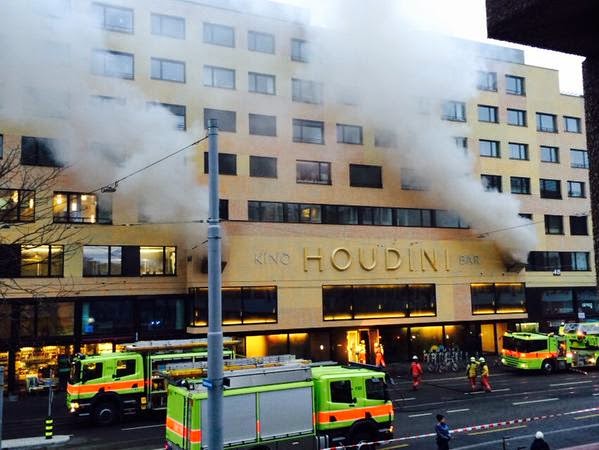 A fire broke out at the well-named HOUDINI cinema complex in Zürich, Switzerland this morning. Emergency services were called at around 7.30am after a passer-by reported smoke pouring from the building.

Firemen evacuated 40 people. No one was injured. The cause of the fire remains unknown, though it is thought to have started in the bar on the ground floor of the building.

The HOUDINI cinema opened last August and occupies the first three floors of a seven-storey building which also comprises apartments, shops and restaurants. You can check out the official website at www.kinohoudini.ch.

Source: The Local Switzerland. Photo: Marcel Haertlein.
Written by John Cox at 9:01 AM