File this one under macabre, but while watching The Miracle Factory's new Houdini Captured on Film DVD compilation the other night, I spotted this among the footage of his funeral. As you can see, the camera affords a quick but clear shot of Houdini's open grave in the family plot at Machpelah Cemetery. This is moments before the casket arrives. Wild. 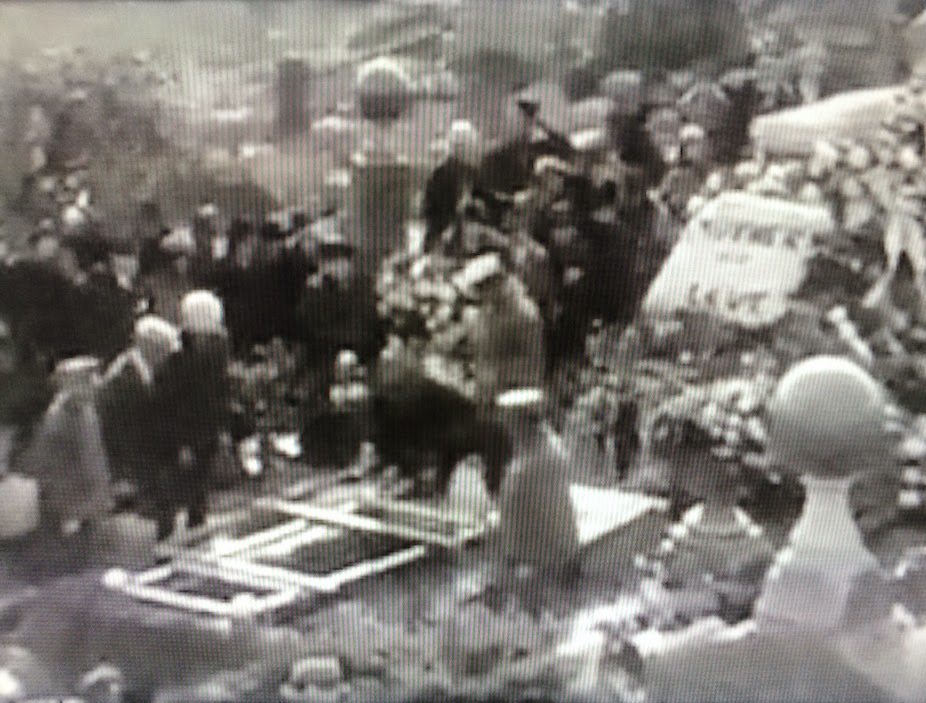 The footage also gives us a good look at the exedra on the day of the funeral. What's interesting is it doesn't yet have the Houdini bust, nor does it have the Society of American Magicians mosaic emblem. The bust I understand; it needed to be cast. But one wonders exactly when the S.A.M. symbol was added and whether it was Houdini's idea?

Maybe the origin of the mosaic -- which is beautiful work -- is something the S.A.M. will investigate as part of their upcoming restoration of the grave site.