Here's something we've all been waiting for! Todd Karr's The Miracle Factory has released three new DVDs that collect as much of the existing Houdini film footage that could be found (over 8 hours worth). 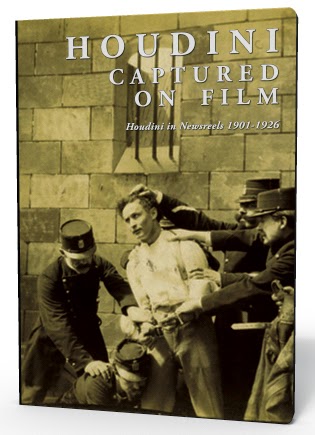 Houdini: Captured on Film features over 45 minutes of Houdini film footage, including an extensive reconstruction of the surviving fragments of The Marvelous Exploits of Houdini in Paris (1909); footage of his pioneer aviation feats and his first flight over Australia; various escapes, including a bridge jump, overboard box escape, and several upside-down straitjacket escapes; casual footage of Houdini with Harry Kellar, Bess Houdini, and others; news coverage of his 1926 funeral; film of Hardeen and audio from a 1939 radio interview.

Houdini: The Master Mystery includes Houdini's 1918 serial, and also a special "Escapes-Only" feature which gathers the escape footage from the serial into an introductory section for the viewing convenience of magicians and historians. 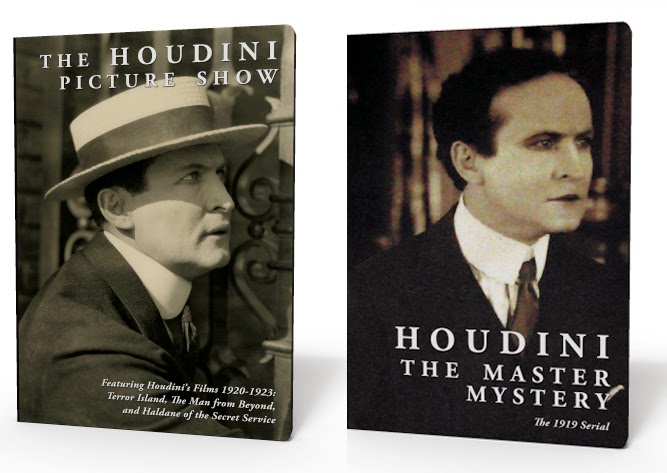 SPECIAL OFFER: Readers of WILD ABOUT HARRY get $10 off each DVD by using the promo code HOUDINI10 at check out. This offer is only good until February 10th, so act now!

With the Kino DVD set now out of print, this is a great way to get Houdini's film work on DVD, and I'm especially excited to see a partial restoration of his Paris short. Below are promotional clips for all three DVDs.


Purchase all three Houdini DVDs from The Miracle Factory.
Written by John Cox at 2:05 PM