Today sees the release of Sherlock Holmes vs. Harry Houdini #4. The graphic novel series from Dynamite is written by Anthony Del Col and Conor McCreery with artwork by Carlos Furuzono. As with the previous three issues, Dynamite has released issue #4 with different covers (below). 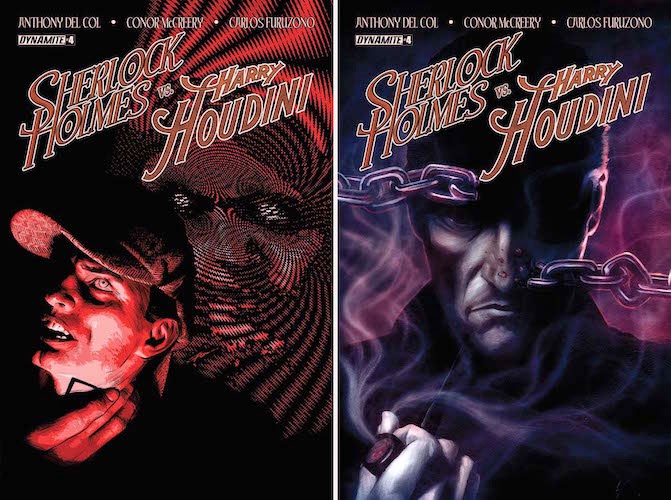 The improbable has become the impossible! With magician Harry Houdini arrested after a blood bath that has left his wife at the edge of death, detective Sherlock Holmes must overcome his suspicions – and his demons – to free Houdini and overcome a powerful enemy that commands the unholy powers of the spirits.


Purchase Sherlock Holmes vs. Harry Houdini #4 at the Dynamite website. You can also read a good interview with creators Del Col and McCreery at Bleeding Cool.