Here's a performer who has been lost to time, but might actually hold an important place in the history of women in magic and escapology. Charlotte "Chickie Lee" performed as an escape artist and stunt performer in circuses and vaudeville during the 1930s. Even though she was only 4'11" and weighed a mere 94 pounds, she allowed blocks of cement to be cracked on top of her, and also acted as a target for a blind-folded knife thrower.

In October 1935 Chickie performed a suspended straitjacket escape from the Palace Theater in Albany, New York. She did the stunt as a tie-in with the film, Charlie Chan in Shanghai, which was paying at the Palace and in which Chickie appeared in a small role. 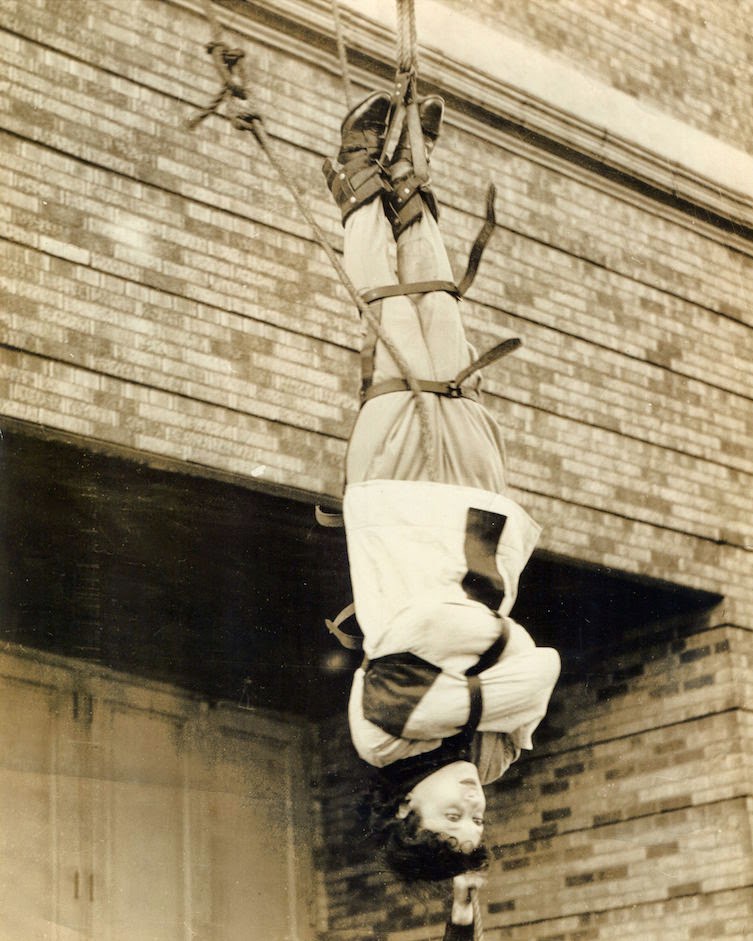 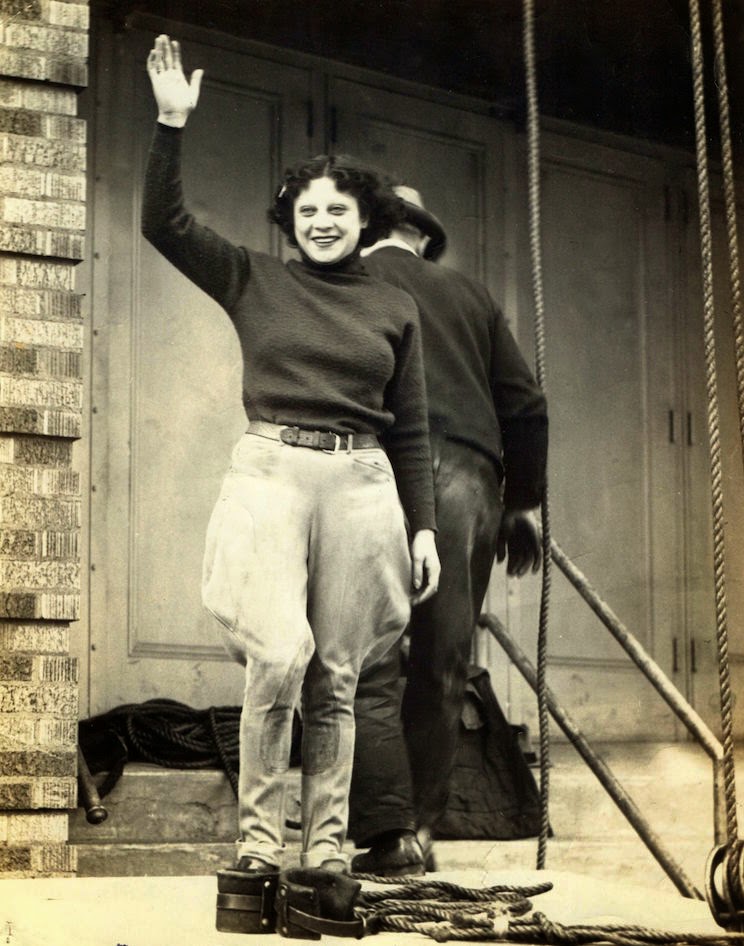 Chickie told reporters she had worked as Houdini's assistant and learned how to do the escape from the master himself. That claim is questionable as she would have only been 14 when Houdini died. However, she might indeed have a place in magic history as the first woman to perform a suspended straitjacket escape. The papers also claimed Chickie performed the stunt while hanging from an airplane, "but that's against the law now." 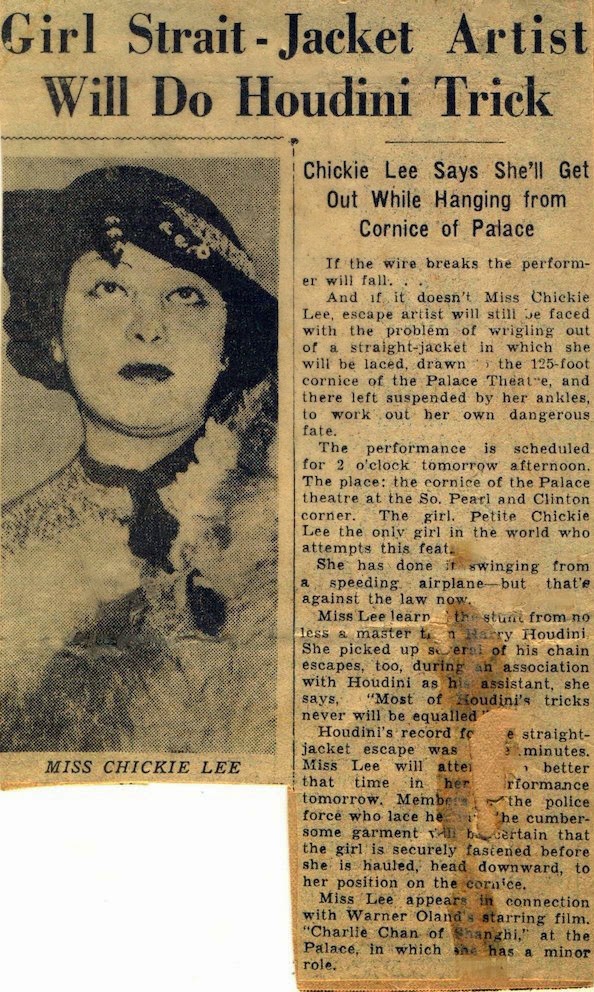 These amazing photos and info comes from Lore Disalvo who is working to uncover the story of the elusive Charlotte Chickie Lee. If you have any information on Chickie, please feel free to share it in the Comments below, or contact me and I will forward it onto Lore.