100 years ago: Houdini in the drink and at the clink

It was 100 years ago today on Saturday, November 6, 1915 that Houdini performed an overboard box escape in San Francisco Bay as part of the Panama-Pacific International Exposition. The world's fair, which marked a comeback for the city following the devastation of the 1906 earthquake and fire, is also celebrating it's 100th anniversary this year.

While Houdini's New York overboard box escapes are well documented, precious little is known about this San Francisco stunt, even though papers reported that it was filmed. Below is an advertisement for the escape from The San Francisco Chronicle. Notice that Helen Keller was also appearing at the fair that day. 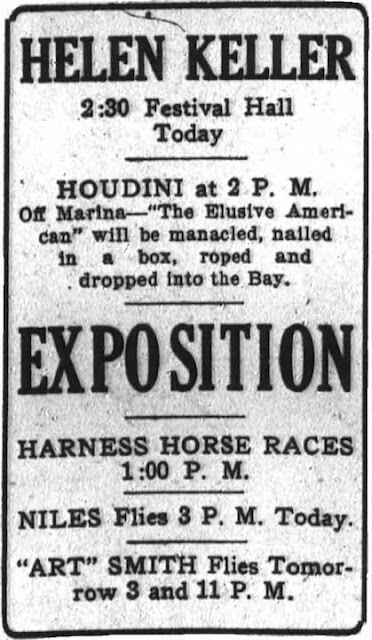 At the Exposition last Saturday, Houdini permitted himself to be locked in a heavy wooden box which was then roped and lowered into the bay. Less than a half minute later he appeared at the surface of the water and swam to the waiting barge. This entire scene was filmed, and the motion picture incorporated in the act, will be shown throughout the country.


The following day, November 7, Houdini performed at San Quentin Prison where he did his famous Needles trick for some 2,300 inmates in the prison yard. You can see a photo taken during that performance in The Secret Life of Houdini Laid Bare, page 136. 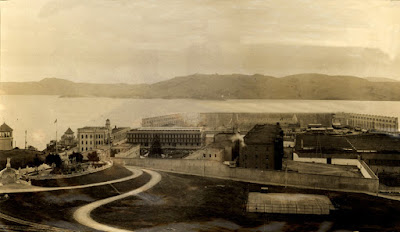 Partly in recognition of Houdini's visit the to the City by the Bay 100 years ago, The Official Houdini Seance was held this year in San Francisco. Full report here.

UPDATE: Although not credited as such, a photo from the collection of Dr. Bruce Averbook of what appears to be the Pan Pacific Exposition overboard box escape of 1915 appears on page 276 of The Secret Life of Houdini (below). 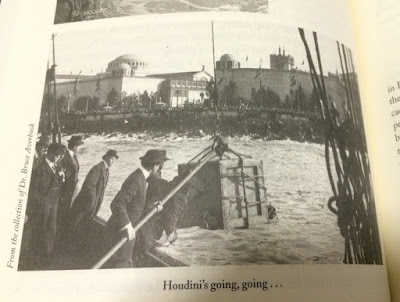