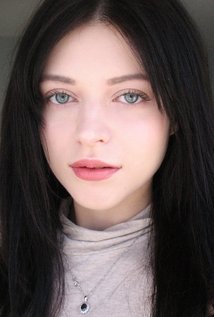 The final two episodes of Houdini & Doyle have begun production in Toronto, Canada. The series wrapped the first 8 episodes in the UK and will complete the 10-episode series in Southern Ontario.

According to IMDb, these last two episodes feature a character named "Young Cecilia" played by 29-year-old actress Bo Martyn. Now, I know nothing about this role nor the plots of these episodes, but is it possible Martyn is playing the young Cecilia Weiss, Houdini's mother? Maybe she's playing her in flashbacks in a parallel storyline? Or maybe her presence as a young woman is a bit more supernatural in nature (executive producer David Hoselton describes the series as an "Edwardian X-Files"). For the record, Cecilia Weiss was 32 when she had Ehrich.

It's also possible this is just a character named "Cecilia" who has nothing to do with Mrs. Weiss. But why then call her Young Cecilia? This implies there is an Old Cecilia. I don't know. I'm thinking Bo Martyn might be joining the ranks of Angela Clarke, Ruth Gordon, Rita Zohar, Grace Zabriskie, and Eszter Ónodi as our new Mama.

Bo Martyn was born on the island of Swinoujscie in Poland on September 27, 1986. She grew up in Canada where she attended York University and studied improv at The Second City in Toronto. She is a distant relative of silent film star Pola Negri.

UPDATE: Martyn's credit has now been changed to "Young Woman."