After five months shooting at Manchester's Space Project studio, Houdini & Doyle has wrapped production. The Space Project tweeted the news along with a great image: 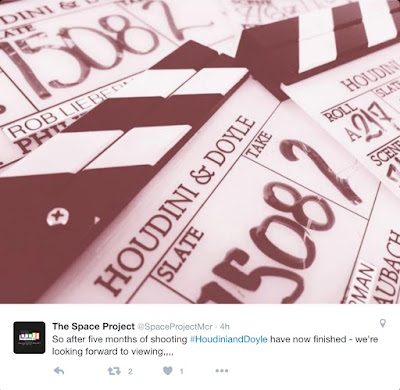 The original press release stated that the series would also film in Toronto, Canada. I've not see any reports of shooting there yet, so production might not yet be fully wrapped. But it looks like the UK is in the can!