Like so many others, my Houdini obsession began with a TV viewing of the classic 1953 Houdini biopic starring Tony Curtis and Janet Leigh. I was 10 years old, and while I can vividly remember the details of that day, I only recently discovered the exact date.

Turns out my magical first viewing of Houdini was 40 years ago TODAY on Sunday, November 16, 1975 at 5:00 PM on local Los Angeles television station KCOP Channel 13. I also recently tracked down the original TV Guide for that week. 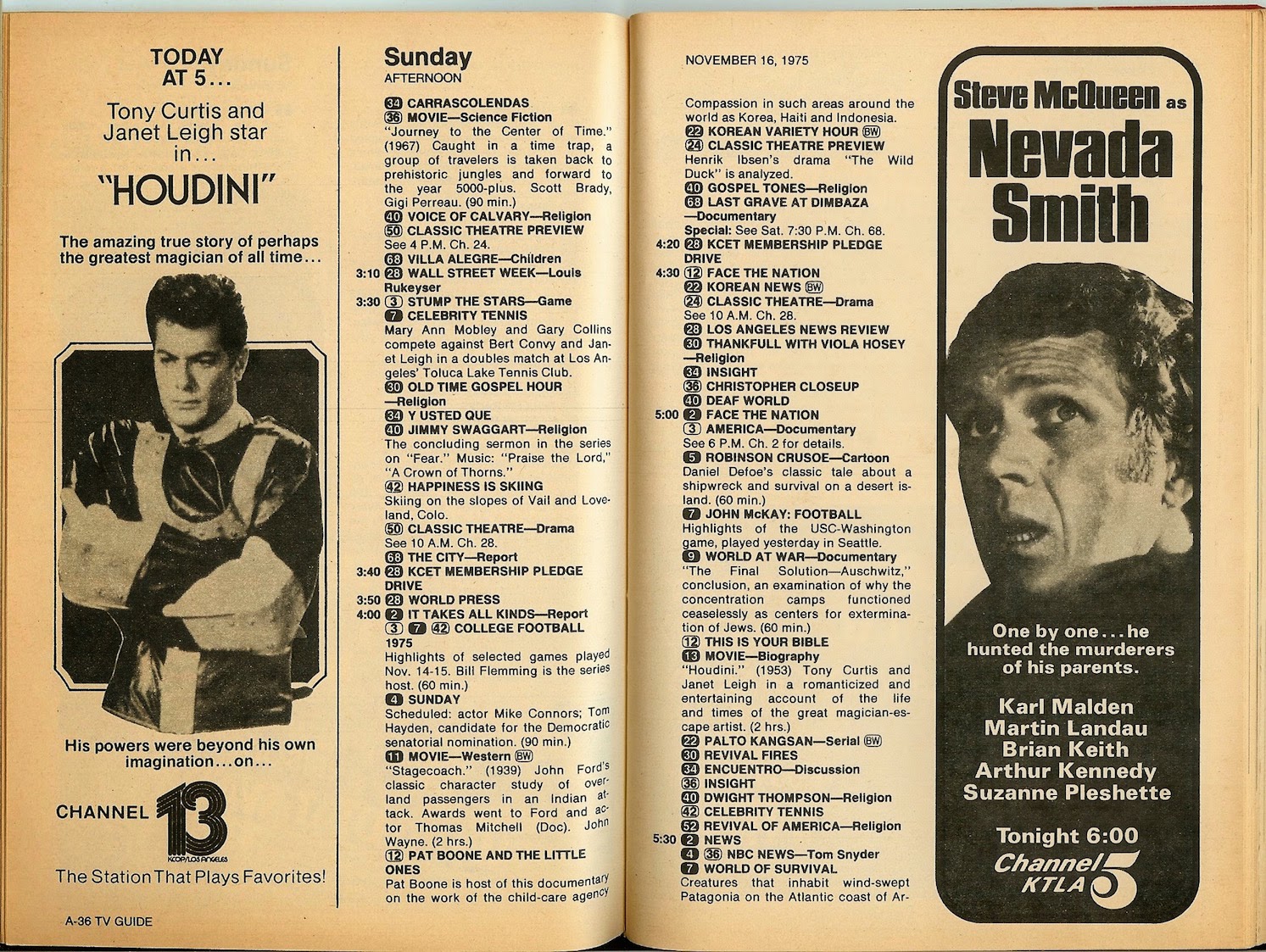 This not only has a nice half-page ad for Houdini that day, but it coincidently features Paul Michael Glaser on the cover. Glaser would become the second actor to play Houdini on film in the ABC original movie The Great Houdinis the following year. By the way, in the Houdini ad copy, how did the word "perhaps" get in there? 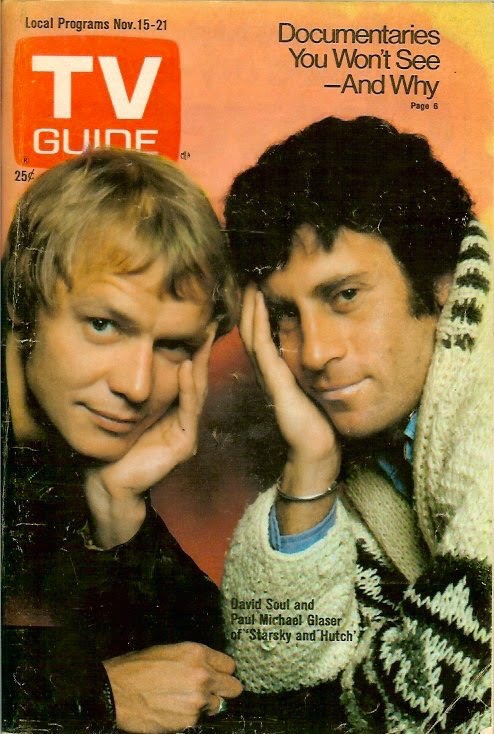 Needless to say, November 16, 1975 was a day that changed my life. In a way this viewing of Houdini was my own modern equivalent of the moment young Ehrich Weiss discovered The Memories of Robert-Houdin:

"My interest in conjuring and magic and my enthusiasm for Robert-Houdin came into existence simultaneously. From the moment that I began to study the art, he became my guide and hero. I accepted his writings as my text-book and my gospel. I asked nothing more of life than to become in my profession "like Robert-Houdin." -Houdini

Magic fans might also recognize this date a being just six weeks before Doug Henning's historic first World of Magic television special in which he famously did Houdini's Water Torture Cell. That live television event completed the one-two punch that landed me in Houdini's corner for life.