Houdini and Margery in the apple orchards 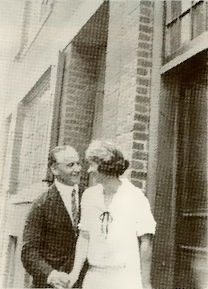 In last year's Houdini miniseries starring Adrien Brody, there is a scene in which Margery (played by Megan Hobbs) attempts to seduce Houdini in his hotel room. I pegged this as "False" in my Houdini miniseries fact check, pointing out that Margery did not have the opportunity to mount such a seduction. Unlike some other members of the Scientific American committee who investigated the medium in 1924, Houdini did not stay in the Crandons home at 10 Lime Street.

But it now looks like I owe screenwriter Nicholas Meyer an apology. In the excellent new book, The Witch of Lime Street: Seance, Seduction, and Houdini in the Spirit World, author David Jaher reveals that Margery did tempt the magician with what he famously called her "applesauce." But the location of this alleged seduction was not in Houdini's hotel. Here truth is stranger than the fiction.

Despite the rift, Houdini discovered that Margery rarely made critics feel unwelcome at Lime Street. After his run-in with Conant, Houdini arrived to inform the Crandons and their guests that all was ready for seance that evening. The exchange between Houdini and the psychic were refreshingly pleasant away from the Charlesgate. Margery even asked the magician, who admitted he was exhausted, if he wanted to take a nap upstairs rather than retire to the Copley. After accepting her offer, he followed her upstairs to her absent son's bedroom.

She told him that John would be thrilled to know the Handcuff King had slept in his bed. Houdini replied that he would like to meet John sometime and entertain him. Privately, though, the magician could not understand why the Crandons sent their son away from home while any scientist who could quote William James was welcome to stay there.

Sometime later, Munn heard Margery descending the staircase. Joking that she had just tucked Houdini in, she rejoined them in the parlor.


Later on page 266, Houdini himself revealed what went on in the bedroom:

Margery had tried to vamp him in her own son's bedroom, he told Prince, and when seduction failed, her husband purportedly tried to bribe him at the final Charlesgate seance.


It appears Houdini even alluded to this publicly during his anti-spiritualism lectures. On page 380 Jaher quotes Houdini as saying:

"Margery handed out applesauce to the investigators," he asserted. "I know this because I have walked through the apple orchards myself." 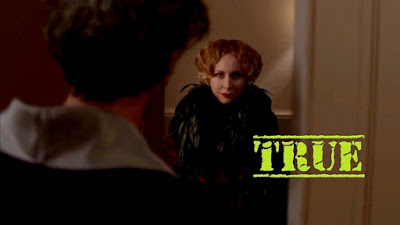 Check out my full review of The Witch of Lime Street: Seance, Seduction, and Houdini in the Spirit World by David Jaher HERE. The book is available on Amazon.com (U.S.) and Amazon.co.uk (UK).