A scale model of Houdini's Voisin biplane now hangs at Houdini's Café e Cucina in Digger's Rest, Australia, site of Houdini's historic 1910 flight. The model was built by Gary Sunderland for the 100th anniversary celebrations in 2010. 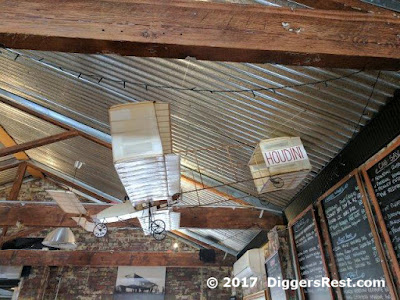 Houdini's Café e Cucina is located at 52-56 Old Calder Hwy, Diggers Rest, Vic, 3427. You can check out the menu and more at their official website and Facebook.

Thanks to David O'Connor and DiggersRest.com.