Penn Jillette on the importance of magicians

AM New York has a brief Q&A interview with Penn Jillette promoting the season 4 return of his TV show Penn & Teller Fool Us. The interview concludes with the following, which I think is pretty insightful and important:

What’s the importance of magic as a creative medium these days? 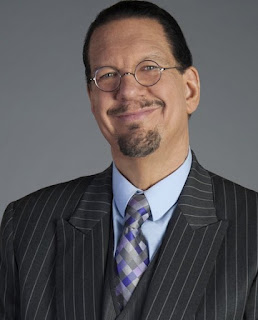 Magic, the way you’re using that word . . . starts with Houdini. He said, "I’m doing tricks. There is nothing supernatural here." In that sense, magic is a very modern art form. There are some idiots who go on TV and say, "I have real, magical powers," and then do a card trick. Let’s throw those people out. In this day and age, where everybody yells "fake news," the most important skill is the skill to determine what is true. Magicians deal with that, playfully. They say, "what appears to be real may not be." That simple sentence, "some people can do tricks," is one of the most important sentences you will encounter though the 21st century. "Some people can do tricks," and some will do it playfully, some will do it maliciously, and the most dangerous people will not know they are doing it.


I know some may balk at the idea of modern magic "starting" with Houdini. Most would say it started with Robert-Houdin or even Scot's Discoverie of Witchcraft. But it could be argued that Houdini's standard and repeated statement that what he was doing was accomplished purely by natural means -- "there is nothing supernatural about it" -- was a very untypical and modern thing to hear from a magician during the Golden Age of Magic. Of course, the more Houdini said this the more people insisted he was supernatural, so...

Click below for more Houdini talk from Penn. I also highly recommend his podcast Penn's Sunday School where Houdini is frequently mentioned.