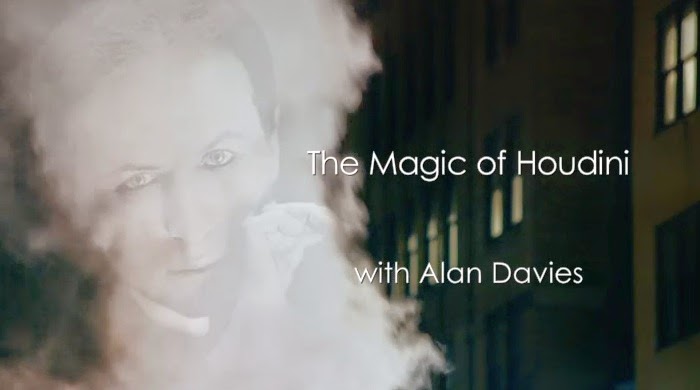 In The Magic of Houdini, comedian Alan Davies travels to various Houdini locations in the UK and U.S. Along the way he talks with: Roger Dreyer, David Copperfield, Ruth Brandon, Ken Silverman, Kevin Connolly, Richard Sherry & Dayle Krall, and 93-year-old Larry Weeks (his last interview). As I wrote in my original review, it offers up a nice time capsule of the Houdini world in 2014.

For those in the U.S., know that you can stream the documentary on Netflix. It has not been released to DVD.