A rare brass presentation piece commemorating the first public performance of Houdini's Water Torture Cell is currently being auctioned on eBay. It's now up to $3,500 with 64 bids. However, something fishy is going on here.

There are three known USD presentation pieces, and Dr. Bruce Averbook owns all three. He believes the one pictured on eBay is his, and the photos used in the auction are the same photos that were used back when he purchased it in 2007. He posted the original photos to Kevin Connolly's CONJURING HISTORY Facebook group, and the similarities are unmistakable. "Natalie Antiques" appears to have been cropped out of all the current auction images.


Bruce has reported the issue to eBay, but with only 17 hours remaining on the auction, there may not be time for the website to investigate, so...BUYER BEWARE!

UPDATE 2: The seller antiques_arts has vanished and the bad feedback is starting. Looks like he took a several people to the cleaners on several high priced items. 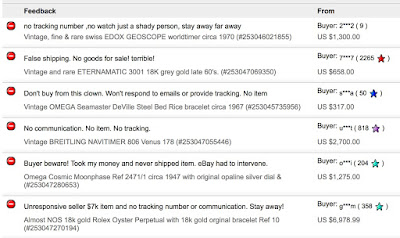