Official Houdini Séance will be held in Cleveland 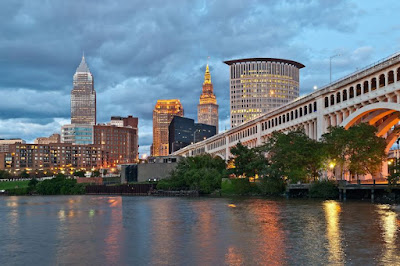 This year's Official Houdini Séance will be held in Cleveland, Ohio. Details are still being finalized, but the location will be unlike anything that has been done before. Because of the uniqueness of the location, public tickets will be limited. So if you live in Cleveland or nearby, you might want to mark October 31st in your calendars. I'll have all the details and a link to buy tickets soon.

This is the first official séance to be held in Cleveland, which is an excellent spot for this 91st anniversary of Houdini's death. Houdini performed in Cleveland in 1905, 1908, 1916, 1922, and twice in 1925. On December 20, 1916, he performed a suspended straitjacket escape from the John Hartness Brown building at 1019 Euclid Ave. and 9th Street.

The Official Houdini Séance's are organized each year by Bill Radner and Tom Boldt.

UPDATE: Event details and tickets can now be found HERE.