Paul Zenon's Linking Rings at the Secret Cellar in London

Magician Paul Zenon's one-man show Linking Rings will play at the Secret Cellar, "London's hidden theatre of close-up magic", October 18-22. According to Paul, this will likely be the last season for the show in London. 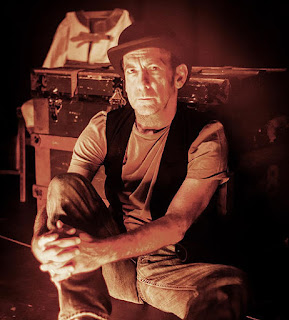 Houdini's right-hand man deals with the death of his boss. A half century later, a Blackpool joke shop proprietor takes on a wide-eyed young protégé. An affectionate look at a misspent youth and unsung heroes; a touching true story of interlocking lives.

This acclaimed self-penned work is an exciting change of direction for Paul Zenon, who has made regular appearances everywhere from Countdown to La Clique and is known as the UK pioneer of Street Magic.
​
Not a magic show, but magical nonetheless.


For more information and to buy tickets visit the Secret Cellar.