Debbie Vega's Moon in Gemini has an "Adrienne Barbeau Blogathon" post about the 1976 biopic The Great Houdinis. It's a review of the movie and an appreciation of Adrienne's performance as Daisy White. You all know how nostalgic I am about The Great Houdinis, and Adrienne Barbeau is always worth our attention, so head on over to Debbie's site and show her some love. Daisy would! 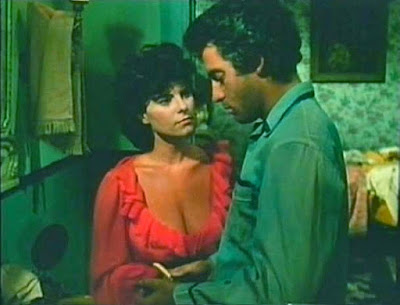 "I saw it during its original broadcast, but didn’t recall that it’s actually a very good movie..."


Last year Debbie also did a "Star-Studded Couple Blogathon" that included Tony Curtis and Janet Leigh. You can keep up with Adrienne Barbeau at abarbeau.com.

By coincidence, today marks the 41st anniversary of The Great Houdinis first airing on October 8, 1976.