Official Séance looks to lock up Houdini in Cleveland

Today I have details on the 2017 Official Houdini Séance in Cleveland. This year attendees will gather for a 3-course meal, entertainment, and the official seance inside a former bank vault! The vault is today part of the Crop Bistro & Bar in downtown Cleveland. 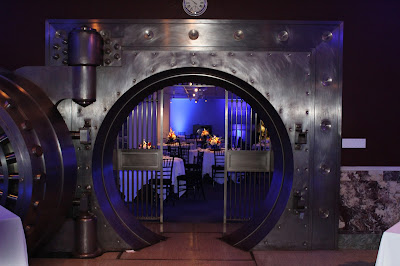 Here is your chance to experience the 90th consecutive Official Houdini Séance on the anniversary of Houdini's Halloween death in the intimate, candle-lit Vault under the old United Bank and Trust Building in Ohio City, now home of Crop Bistro & Bar.

Then the séance will begin with medium Marianne Goldweber, who'll also perform individual audience readings throughout the session.

Houdini often performed in Cleveland, so maybe this year he will come through!


The Official Houdini Séance traces its linage back to Houdini's brother Hardeen who passed the tradition to collector Sidney Radner. Sid held seances until his death in 2011. Today his son Bill Radner and Tom Boldt carry on the tradition. In 2012 the Official Seance was opened to the public.

You can purchse tickets to the 2017 Official Houdini Seance for $80 via Eventbright.