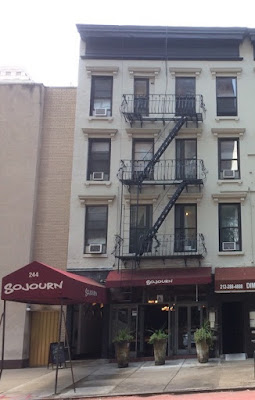 The Houdini Museum in Scranton will once again hold their "Original Houdini Seance" at Sojourn Restaurant in New York City on October 31. Special guest of honor this year will be mentalist, television personality, and author Alain Nu. The seance begins at 11:30 AM and is open to the public.

Sojourn is located at 244 East 79 St. in a building that was once Mrs. Loeffler's Boarding House. It was here that young Ehrich Weiss and his family lived when they moved to New York in 1887.

The Original Houdini Seance (not to be confused with the Official Houdini Seance which this year is being held in Baltimore) traces back to Walter B. Gibson, who suggested to Dorothy Dietrich that she carry on the annual seance tradition.

This is the third Original Seance to be held at Sojourn. Will the third time be the charm?

UPDATE: You can now RSVP for the seance HERE. 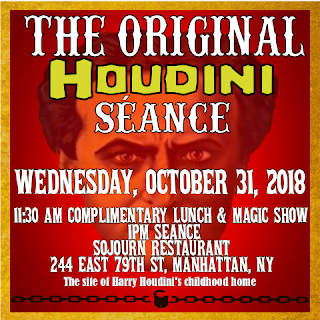