Houdini giving his all in Detroit

I already did a post about Houdini's 1922 engagement at the Madison Theater in Detroit (which still exists, kinda). But I recently came across this terrific newspaper ad from the October 8, 1922 Detroit Free Press that I thought was worth the extra share. 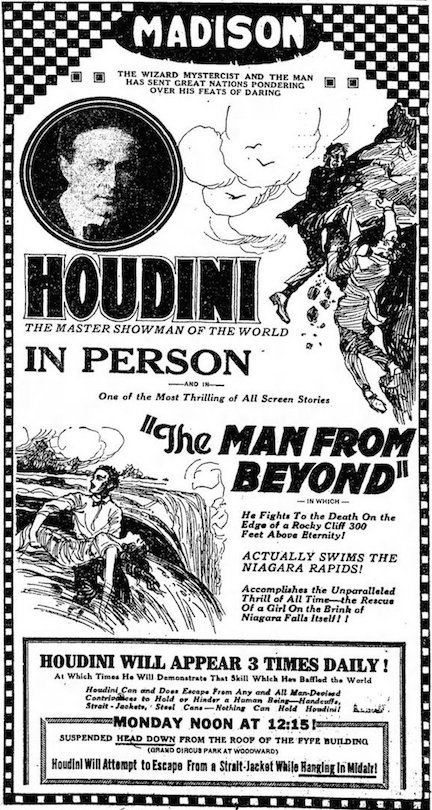 As you can see, Houdini appeared in person with his movie The Man From Beyond doing assorted magic. He also did a suspended straitjacket escape from the Fyfe Building. One thing this ad doesn't contain is the fact that Houdini also gave a talk on the methods of fraudulent spirit mediums during his Madison engagement. This was one of his first public lectures on a topic that would come to define his career in the coming years. So this week really did have it all!

Speaking of Houdini and spiritualism lectures, I'm hoping to see some of you TODAY at the Homestead Museum's "Ticket to the Twenties" festival where I will be giving two talks on Houdini at 4:00 pm & 6:00 pm. 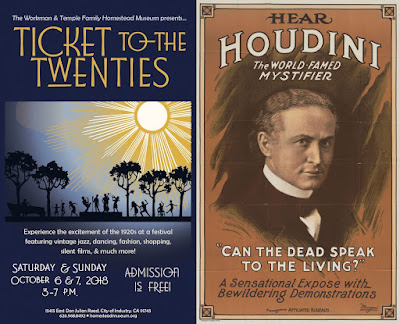