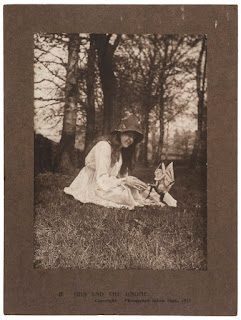 CNN reports that two photographs which famously fooled Sir Arthur Conan Doyle into believing in fairies sold at a UK auction for £20,400 ($26,674), more than ten times their estimate.

The images of the "Cottingley Fairies" were taken by 16-year-old Elsie Wright and her nine-year-old cousin Frances Griffiths. The girls used hat pins and paper cutouts to stage the scenes near a stream in Elsie's garden. The photos caused a sensation in 1919 when their mother presented them to the Theosophical Society in Bradford as genuine.

Chris Albury, senior auctioneer and valuer for Dominic Winter Auctioneers in Cirencester, England, said the photographs "are surprisingly rare and much sought after." He added: "These two photographs are from 1917, but were likely printed for sale in 1920, to be sold at theosophical lectures advocating a belief in spiritualism."

In 1983 the elderly Elsie and Frances confessed that the photographs had been faked. 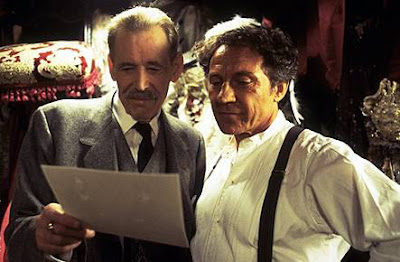