Here's some great news that could have an impact on Houdini film history. The below press release was recently issued by our friends at Magicana. 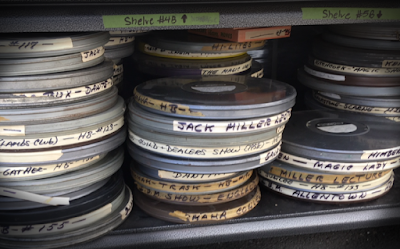 Magicana is delighted to announce the acquisition of the McIlhany Film Archive of historical magic film and videos.

In September, it was confirmed that we were the successful bidder for the collection through a sealed-bid auction conducted by The Magic Auctioneer David Goodman in cooperation with Owen Magic Supreme.

And what a collection it is!

With over 250 reels of 16mm film, nearly 100 reels of 8mm film, and over 75 cartons of videotapes, we are astonished and, frankly, overwhelmed with the sheer volume of what Bill McIlhany amassed over his years as an avid collector.

Always with the love of film at the heart of his magic-collecting passion, Bill collected magic featured in this medium from several notable sources, including Karrell Fox, Marvyn Roy, Ricki Dunn and John Booth. Bill was a frequent speaker at magic history conventions and took great delight in highlighting just how much magic was featured in early theatrical film and television. He was also a notable film and television consultant on magicians in the movies, and he shared his collection and expertise on several documentaries. Bill passed away in May 2017; he was 66.

While still stunned by the size of the lot, we are extremely pleased that we can, over time, add this treasure trove to The Screening Room. Soon we will be able to offer rare footage of performances, cameos, hand stand-ins and more of the great magical names listed above, among many others.

It will take some time to catalog, digitize and add this immense media load to our database, but we’re certain you will agree with us… it’ll all be worth the wait.


So what's the Houdini connection? I've long heard that Bill had a near complete copy of Houdini's 1909 film, Les merveilleux exploits de Houdini à Paris, on VHS. However, the last time I spoke with him (around the time of my Hollywood Heritage lecture), he was in declining health and couldn't find it. It's likely the film is on one of the vast amounts of unscreened tapes now in the possession of Magicana. So here's hoping they will turn up this lost Houdini gem! 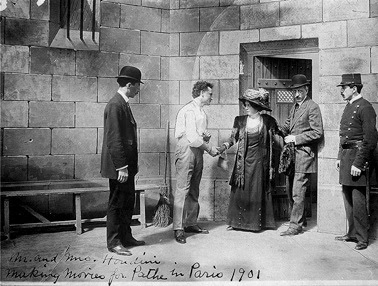