Houdini goes into the Hamburger box

Here's a terrific photo of Houdini that I've not seen before. This appeared in the December 1, 1915 Los Angeles Evening Herald and shows D.C McIvers of Hamburger's department store doing his best to hold Harry. 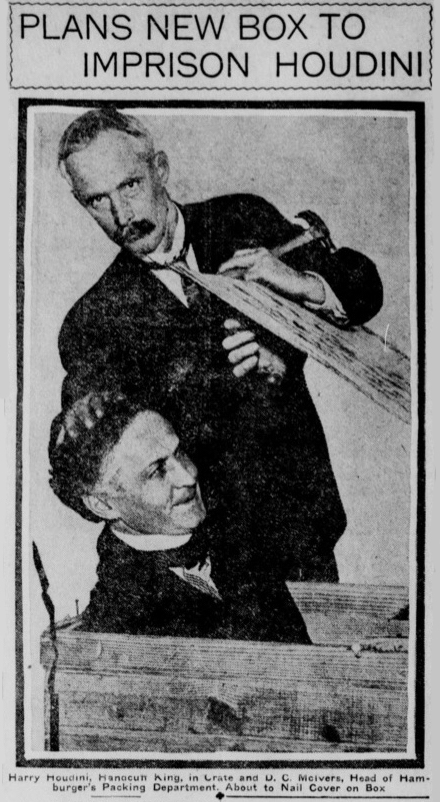 This challenged took place at the Los Angeles Orpheum Theater on November 30, 1915. Ten men from Hamburger's shipping department built the packing case on stage and sealed Houdini inside. He escaped in less than five minutes. As you can see, McIvers vowed to build a stronger box next time.

Hamburger's had also challenged Houdini with a packing crate during his 1907 Los Angeles engagement.