Houdini and I call "Action" at The Breman Museum 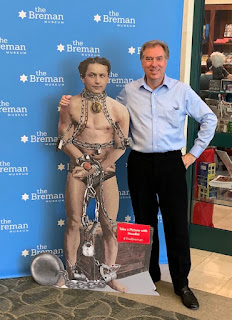 Yesterday I had the great pleasure of giving a lecture about "Houdini in Early Cinema" at The Breman Museum in Atlanta, Georgia. My talk was part of their Inescapable: The Life and Legacy of Harry Houdini programing.

I'm happy to report that it was well attended and I think everyone enjoyed themselves. I know I did! The staff at The Bremam were fantastically friendly. Their museum is a beautiful and even sacred space with powerful exhibits on Jewish life and the Holocaust. It was a great honor to have been invited to speak here. Oh, and I ran into a familiar face in the lobby! (True size of us both.)

This was a quick trip so I didn't have time to seek out the former sites of the Hotel Ansley or the Forsyth Theater where Houdini performed in 1912 and 1915. But I was able to swing by The Wimbish House which was just a short walk from my hotel. Houdini gave his Spiritualism lecture here on March 13, 1924. The Wimbish House still stands as does its adjoining auditorium (both pictured below). The Atlanta Woman's Club is also still active. I've been in touch and I'm hoping they might have some archival material related to Houdini's historic visit. Stay tuned. 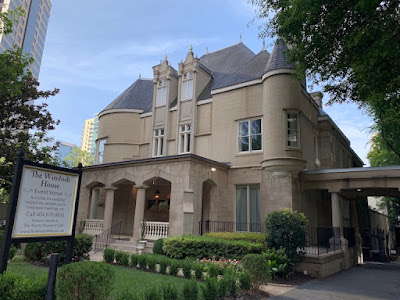 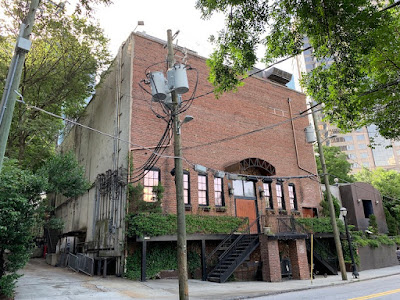 I arrived at The Breman early and was given the VIP treatment by the wonderful staff. Whenever I do one of these talks, I'm always a little nervous about whether my presentation will play properly with their own a/v system. But I was in the good hands of Dwayne McBride, and setup proved to be a snap. Dwayne is from Flatbush and he was excited to hear that Houdini lived in Flatbush for a time. (Dwayne, if you're reading this, here's that link.)

I then had time to enjoy the museum and Inescapable: The Life and Legacy of Harry Houdini. This is the touring exhibition created by David London which opened last year in Baltimore. The Breman has a special section devoted specifically to Houdini in Atlanta, with genuine artifacts from the Hotel Ansley and Forsyth Theater. They've also added a display related to Houdini's use of mass media. I was told the exhibit has been enormously popular, as has all their special programing. 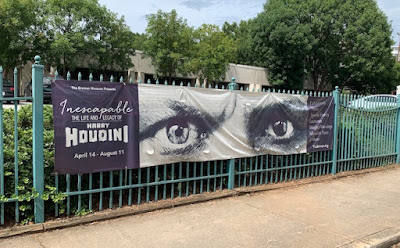 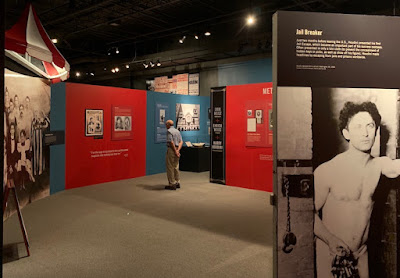 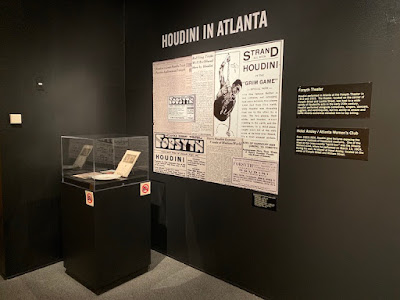 It was now time for my talk. This time I wasn't showing a Houdini movie, so I expanded it to a full hour with more clips, including the unseen overboard box escape from Terror Island. After my talk we had a Q&A with some great questions (always my favorite part). A nice surprise was meeting author James Mahaffey, who told me he had uncovered some new details about Houdini in Atlanta that appear in his book, Atomic Adventures. So that's one to get! 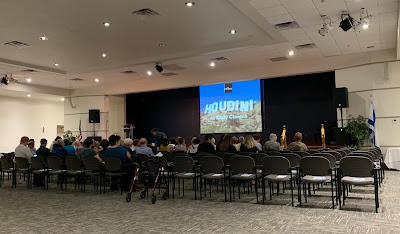 Thanks to everyone at The Breman for inviting me to speak and making this trip possible. And to all of you who came out to hear the talk.