Here's a terrific caricature of Houdini from the St. Louis Star and Times dated December 15, 1914. Once again this shows that, in his own time, Houdini was as identified with his Needles trick as he was with his escapes. 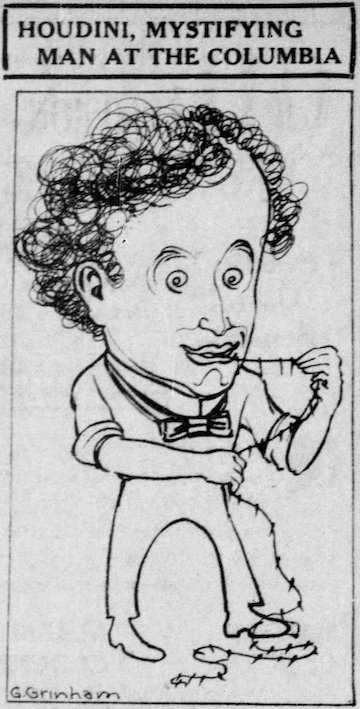 Houdini appeared at the Columbia during the week of December 14-20, 1914. On December 16, he accepted a challenge from the packers of the Famous-Barr Co. to escape packing case built on stage. On the December 18, Stix, Baer & Fuller Dry Good Co. challenged him to escape their own packing case after being searched and having a carpet laid below case on stage to prevent use of traps.

Needless to say, the "mystifying man" escaped both times.