Here's a video in which James Randi talks about how his got his start in escapology, and also how he performed his own Shelton pool test on February 7, 1956. This is a feat that does not get a lot of attention, but I consider it a standout in Randi's career, especially as he did it in the same location as Houdini.

Despite the video name, "How to Beat Houdini", Randi did not do the stunt to beat Houdini's time (although he did so by 13 minutes). He was seeking to prove it could be done by natural means, just as Houdini always said. But that point was missed in much of the news coverage, which emphasized the record beating, as seen below. 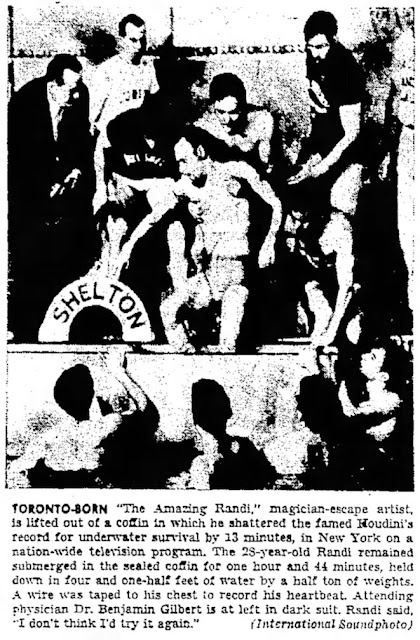