Checking up on the Examiner

Last month when I visited the historic Alexandria Ballrooms where Harry and Bess had their Silver Wedding Anniversary, I decided to swing by another downtown Los Angeles Houdini location, the Examiner Building. It was here on April 4, 1923 that Houdini performed a suspended straitjacket escape before a reported 20,000 people. 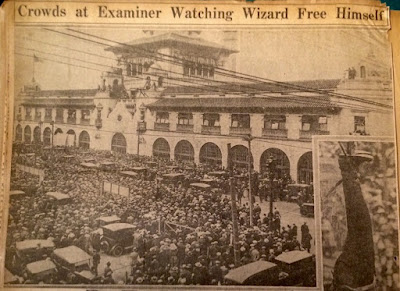 The building has stood empty since the Herald Examiner went out of business in 1989. In 2015 it was announced that the building would undergo a massive renovation and would open as a combination of creative office and restaurant space in 2017. 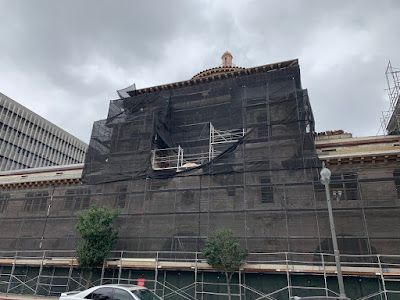 Looks like the renovation is taking longer than expected as the building is still covered in scaffolding. But work is clearly underway, and I look forward to the unveiling of this still very recognizable Houdini landmark.

You can see more photos of Houdini's Examiner escape via the links below.