The Shelton pool test at 90 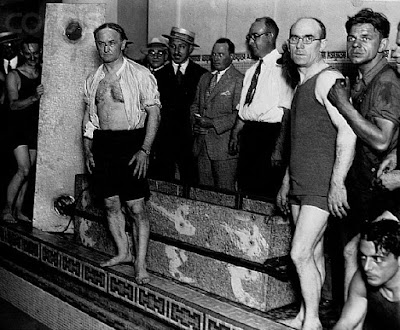 "If I die, it will be the will of God and my own foolishness." - Houdini

Today marks the 90th anniversary of Houdini's famous "Buried Alive" test at the Hotel Shelton in New York on August 5, 1926. It was a very different kind of Houdini stunt as it did not involve any kind of escape. But it was every bit as miraculous and it garnered Houdini some of the last headlines of his career. It all began with a man named Rahman Bey.

Rahman Bey was a "Egyptian" fakir who performed feats such as piercing his cheek with a needle, stopping his pulse, and having himself buried alive. Bey was promoted and championed by Hereward Carrington, Houdini's nemesis from the Margery committee, who also acted as his master of ceremonies. Carrington attributed Bey's abilities to mystic powers and his survival in his buried alive coffin to "a cataleptic trance."

Bey's feats were nothing new to Houdini. They were the standard sideshow fair that he had exposed in his book Miracle Mongers and Their Methods. To prove Bey accomplished his feats by natural means, Houdini offered to repeat his signature stunt of being buried alive. He told the Evening World: "I guarantee to remain in any coffin that the fakir does for the same length of time he does, without going into any cataleptic trance."

Bey normally remained in his casket for 8-10 minuets. But spurred by Houdini's words, he stayed for a full hour while submerged in the swimming pool at the Hotel Dalton. The challenge was on.

Houdini went into training, shedding 13 pounds and working to get his lungs "accustomed to battle without air." With Dr. W.J. McConnell watching over him, he conducted practice tests in the back room of the Boyertown Burial Casket Co., who had provided Bey's casket. Houdini remained in his casket for an hour and ten minutes, but he did not trust the results. He suspected air had somehow seeped inside. So he repeated the test a few days later submerged in water. What stood out for him during both tests was his increased irritability; but he otherwise felt comfortable and confident he could duplicate Bey's feat. 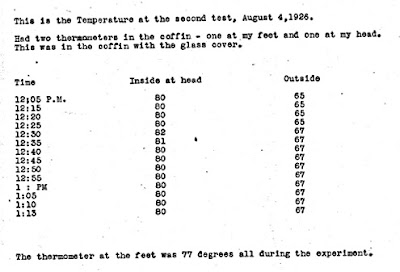 Houdini's public test would take place at the Hotel Shelton on Lexington Ave. in New York City, which had a large indoor swimming pool. Houdini sent out invitations to press, friends, and scientists. Among the gathering was mentalist Joseph Dunninger, who can be spotted in some of the event photos, and Houdini's boyhood friend and fellow psychic investigator, Joseph Rinn. Even the dreaded Hereward Carrington was there to watch the demonstration.

The Boyertown Company provided a new casket that held 34.398 cubic inches of air (larger than Houdini's practice casket). Still, physicians estimated that a human being could only survive for three to four minutes as the container would rapidly fill with carbon dioxide. The coffin was equipped with an alarm bell and a telephone so Houdini could communicate with his assistant Jim Collins on the surface. Houdini's one major concern on arriving was that the pool area was overly warm. 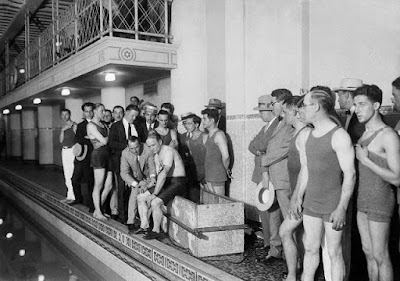 Houdini stripped down to a pair of black shorts. He was then examined by Dr. McConnell who measured his pulse, respiration, and blood pressure. Just after noon, Houdini lay down in the casket and the lid was soldered into place. Portholes on the lid where screwed shut, making the casket air-tight. It was then lowered into the pool where it stubbornly remained on the surface until several men stood on the lid to sink it to the bottom.

Because of the warmth, Houdini was not as comfortable as he had been during his practice sessions, and his irritability was "pronounced." At regular intervals his assistants would gently rock the casket to circulate the air inside. During one of these sessions, an assistant fell off, causing the casket to shoot to the surface and nearly overturn. Houdini feared the casket had sprung a leak. Because the lid had been soldered into place, a serious rupture could see him drown before he could ever be released. The incident left Houdini angry and gasping for air. He had only been sealed for a half hour.

Settling back to the pool bottom, Houdini concentrated on controlling his breathing. Collins relayed the time to him every minute. After 50 minutes, Houdini began panting and was unsure he could remain even for an hour. He repositioned himself at the foot of the casket, recalling from his test data that the air there was a little cooler. He began to taste metal in his mouth. He also felt wetness around his head and realized the coffin was indeed leaking. Finally, the bell rang, announcing to all that one hour had elapsed. 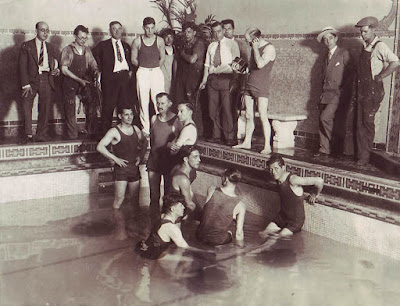 Having beat Bey's time, Collins asked Houdini if he wanted to be brought up. But Houdini wanted to try and beat Bey's time by at least 15 minutes. The temperature in the casket was now 99.8 degrees. But Houdini found a second wind and remained well past his 15 minute goal. At one hour and twenty-eight minutes, he began seeing yellow lights. He wedged himself sideways, propping the phone against his ear as he began to feel drowsy. Fearing he might fall asleep, he told Collins to haul him up at the one hour thirty minute mark no matter what.

At the appointed time, the coffin was raised and the portholes quickly unscrewed. Houdini said he could feel the rush of air lift him off his back. Tinsmiths then got to work peeling open the casket. Houdini emerged drenched in sweat and according to some looking "deathly white."

He had remained sealed for 91 minutes. 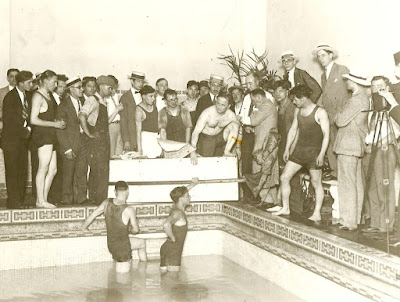 Houdini had gone to the brink. His pulse rate had soared and the yellow lights he was seeing meant his brain was dangerously oxygen deprived. According to some, he was within minutes of death. But despite feeling weak and with the metallic taste still in his mouth, that afternoon he went to the YMCA where he spent an hour playing handball and sprinting on an indoor track.

The next day, news of Houdini's feat was reported nationally. The Brooklyn Eagle hired an Egyptian to interview Bey. That's when it was discovered that the fakir did not understand Arabic. Rahman Bey, it turned out, was Italian.


Houdini thought the practical application of his methods could help people in need, such as miners who might become trapped in a collapse. He shared his training data with the U.S. Bureau of Mines. Houdini biographer William Lindsey Gresham tells of how, not long after the test, a family became trapped in their car after it had run off a bridge and into the water. The father instructed his wife and kids to breathe evenly and slowly and not panic, just like Houdini in the Shelton pool. When the car was hoisted out, the family were found alive and well. 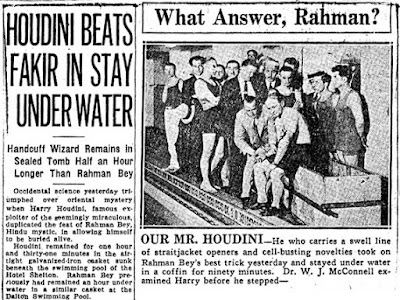 Still, some speculated that Houdini might have cheated in his Shelton Test. Some thought the telephone wires could have concealed air hoses. Hereward Carrington suggested the batteries for the emergency bell might have contained oxygen-liberating chemicals and soda lime to absorb the CO2. But Houdini wrote to a friend that no tricks had been employed:

"There is a rumor going around that there is a gimmick to this thing. I pledge my word of honor there isn't a thing to it excepting to lie down and keep quiet."

Houdini repeated his test at the Worcester YMCA on September 28, 1926, this time remaining submerged for one hour and eleven minutes. He then gave a public demonstration at the Summerfield's Furniture store in Worcester using a new coffin with a glass top so the public could see him inside.

Trading on the publicity, Houdini introduced a "Buried Alive" escape into his full evening show for its 1926-27 tour. It was an escape he first developed in 1914 in which he was locked in a casket and buried under "one ton" of sand. The new poster he had made for the effect boasted: "Egyptian Fakirs Outdone!"

The Shelton casket remained poolside for some 20 years advertised as "the casket Houdini was buried alive in." On February 7, 1956, James Randi undertook to prove once and for all that Houdini used no trickery in his test. Randi, who was younger and weighed less than Houdini, remained sealed in a similar casket in the Shelton pool for one hour and forty-five minutes.

Today the Hotel Shelton still stands as the New York Marriott East Side. The pool was filled in in the early 2000s, but it's said the original tiled ladder in the corner where Houdini was submerged remains. A small reminder of Houdini's miracle at the Shelton pool...90 years ago today. 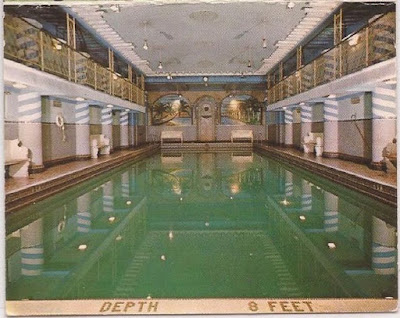