If you frequent the 23rd Street subway station in New York City you may have walked right past Houdini without noticing it. Since 2002, the N/Q/R stop has been home to Keith Godard's "Memories of 23rd Street," a collection of 120 mosaic hats worn by famous people who passed through the area in the 1880s to 1920s. Among them is, yes, Houdini! 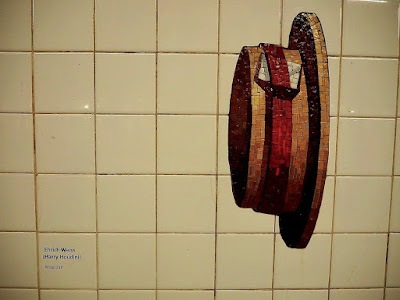 Houdini did sport a straw hat in the late teens and twenties, so it's a good choice of headgear for the Handcuff King. But I'm not sure what that's supposed to be wrapped in the band. A pack of playing cards maybe? And would it have killed them to have a rabbit peaking out? 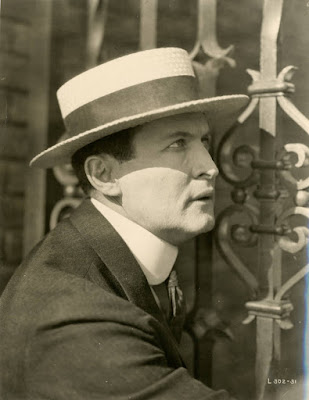 The photo of Houdini's hat comes from the travel blog travellina by Eva Kisgyorgy, a New Yorker who hails from Hungary.