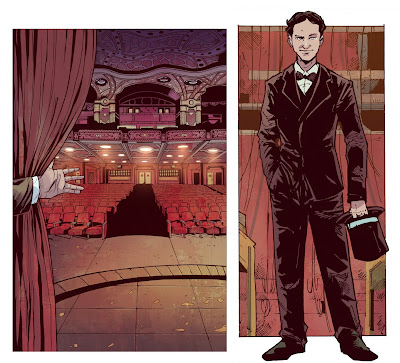 Houdini, Bess, and even Jim Collins play roles in the new comic series American Dreams written and created by Daniel Kalban. The series is two issues deep and can purchased in digital and print editions from publisher Short Fuse. Here's a description.

New York City. 1900. At the dawn of a new century, Jewish immigrant Jake Gold gets caught up in a mad experiment being done by Thomas Edison. Now gifted with new abilities, Jake must decide how to use them, especially as others affected begin to use theirs for evil. Set against the backdrop of an era very different, yet similar, to our own and with a grand cast of characters both fictional and historical, American Dreams is the story of one neophyte hero's fight for everyone's chance at the American Dream.


Creator Daniel Kalban has provided us with a special peek at some of the Houdini images in the first issues. When it comes to Houdini in comics and graphic novels, I am partial to artists who attempt to capture Houdini's actual appearance as opposed to a more square-jawed superhero take. As you can see, artists Dody Eha (pencils), Tebe Andry (inks) and Waenia K. Sahadewa (colors) do a nice job of capturing the 1900 Harry. 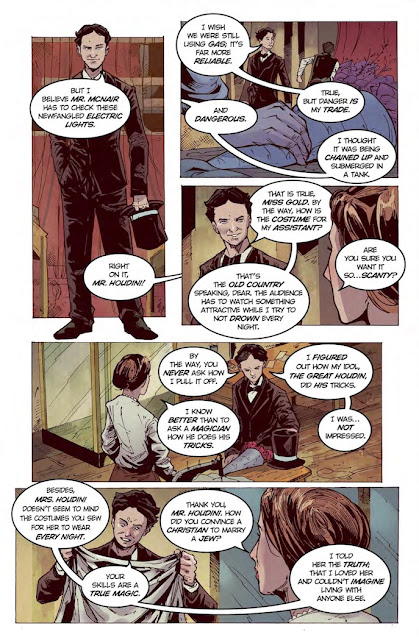 Daniel also sent this "pin up" of a variant cover from issue 1. Here we see Houdini has recruited hero Jake Gold as his own escape artist supreme. Now there's a superhero! Daniel is currently at work on issue #3. 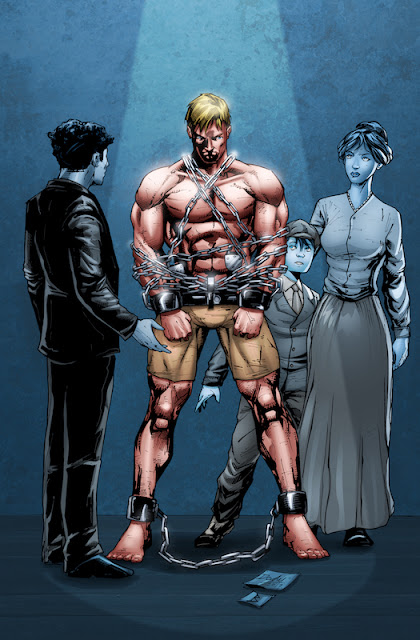 Thanks to Daniel Kalban for sharing these images. You can check out more of his work via his Twitter @DanielKalban.

Below are links to a few more favorite graphic novels that opted for a realistic looking Harry.