It was 10 years ago today that Diggers Rest in Australia kicked off their centenary celebrations of Houdini's historic first flight on the continent on March 18, 1910. You can revisit the festival via my post about the lineup of events below: 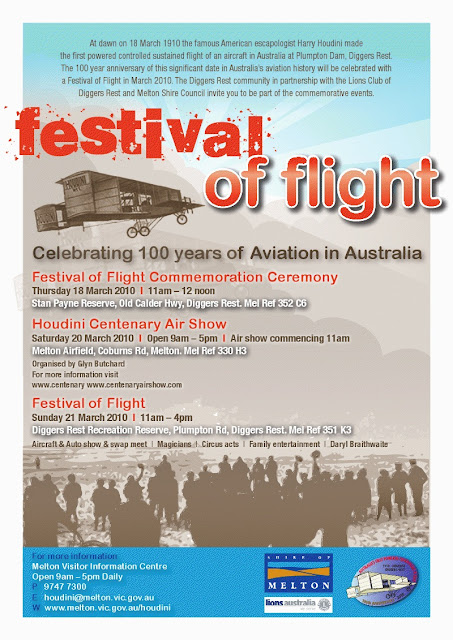 TEN YEAR UPDATE: The centenary came off as planned and a monument now stands at Diggers Rest (below). Gary Sunderland's model of Houdini's biplane, made especially for the celebrations, eventually landed at the local Houdini's Café e Cucina. However, despite the best efforts of the organizers to discover what happened to Houdini's historic Voisin biplane after he sold it in 1913, it remains a lost artifact. 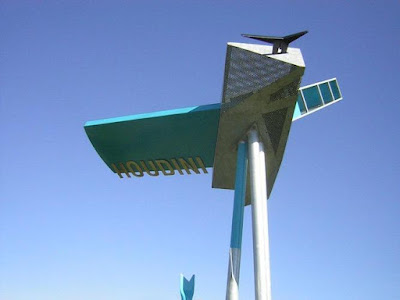