On March 19, 1923, Houdini did a suspended straitjacket escape from the Hearst Building in San Fransisco. The story of the escape and its preparation were well told in photos that ran in the San Fransisco Examiner, some of which may be new to folks. Click to enlarge and enjoy! 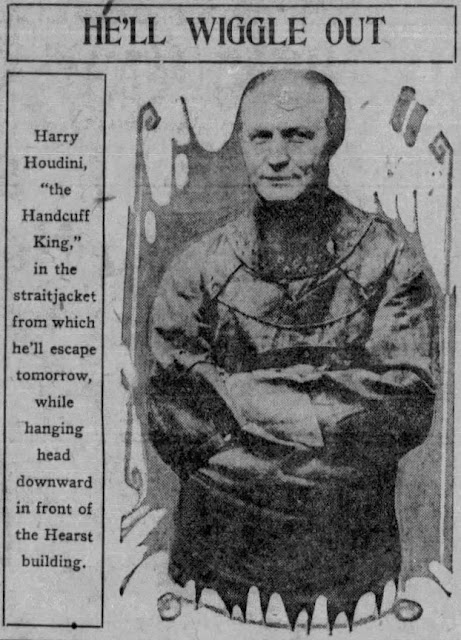 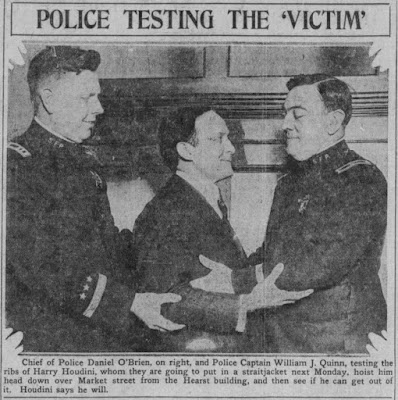 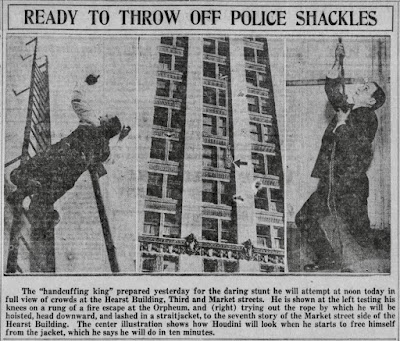 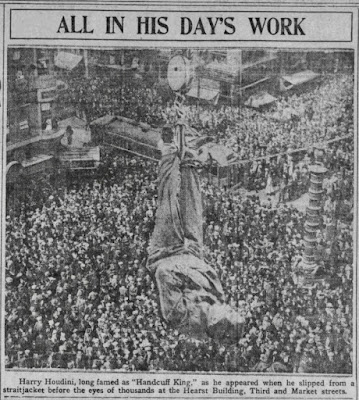 Happily, the Hearst building still stands at the corner of 3rd & Market Street in downtown San Fransisco. Below is the building as it appears today with the location of Houdini's escape marked. 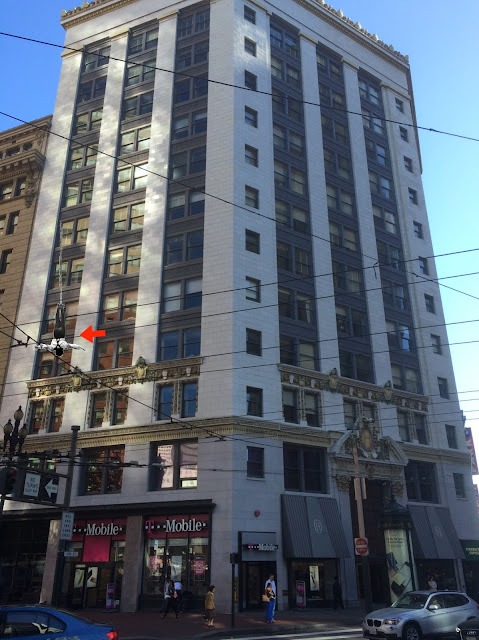 Below are links to some other notable suspended straitjacket escapes.