One of Houdini's most famous spirit exposés was that of the trumpet medium Mrs. Cecil M. Cook at her home at 41 West 88th Street in New York City on July 1, 1925. Houdini attended the seance in disguise. Here's an AP account from The Ithaca Journal that briefly explains what went down. 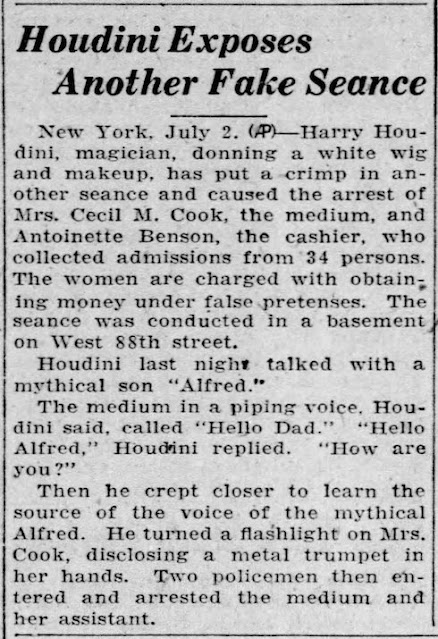 The building where this took place still stands and my guess is it doesn't look all that different, at least on the outside, than it did on the day of that fateful seance.
Below is a photo of Houdini in his medium catching disguise. Houdini was no stranger to disguises. During his Handcuff Kings days he would attend performances of rival escape kings in disguise and wait for an opportune moment to reveal himself and challenge them. One wonders if he drew his inspiration for disguises from the Sherlock Holmes stories, of which he was fan.

Despite Houdini's high profile exposé, Mrs. Cook continued her spiritualistic career, and even wrote a book called The Voice Triumphant: The Revelations of a Medium. A search of the contents via Google Books doesn't turn up any mention of Houdini. This probably shouldn't be a surprise. That was one time the Voice certainly wasn't Triumphant! 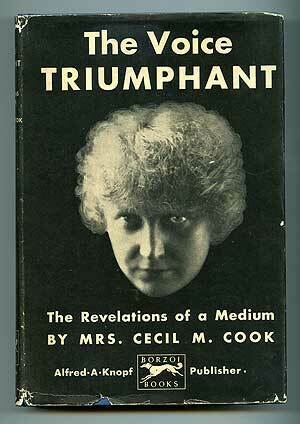