James Randi passes away at 92

James Randi, a titan in the world of magic and a successor to Houdini in many regards, has passed away at age 92. The JREF website says Randi died yesterday due to age-related causes. 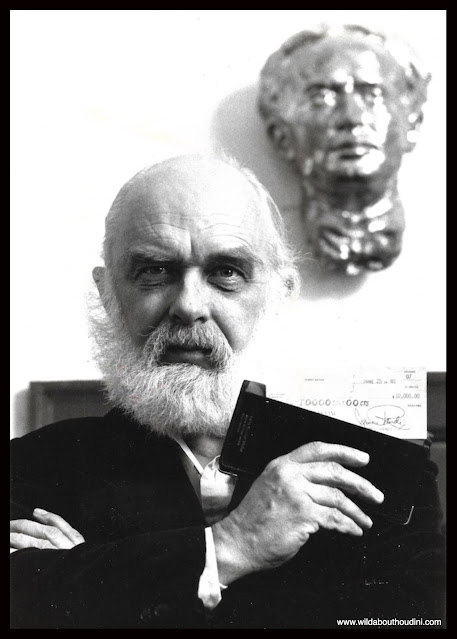 Randi was born Randall James Hamilton Zwinge on August 7, 1928 in Toronto, Canada. He took up magic after seeing Harry Blackstone Sr. He eventually entered the field of escapology as "The Amazing Randi", performing numerous escapes from jails, safes, and Houdini's Milk Can. On February 7, 1956, he recreated Houdini's Shelton Pool Test, remaining in his sealed casket for 104 minutes. He also escaped from a straitjacket while suspended over Niagara Falls. William Gresham dedicated his 1959 biography Houdini The Man Who Walked Through Walls to Randi.

Randi continued to follow in Houdini's footsteps as he devoted his later life to exposing frauds, famously bringing down Uri Geller on The Tonight Show and faith healer Peter Popoff. He also sponsored the One Million Dollar Paranormal Challenge for evidence of any paranormal, supernatural, or occult power or event under test conditions. It was never claimed.

Randi authored ten books, among them the 1977 work Houdini His Life and Art with Bert Randolph Sugar. He also famously appeared on the TV sitcom Happy Days doing the Milk Can escape (well, helping "Fonzie" do the Milk Can). He appeared in numerous Houdini documentaries, including the very first, The Truth About Houdini, 1970. In 2014 a feature documentary was made of his life called An Honest Liar.

I had the pleasure of meeting Randi at two Magic Castle events, but I'm sorry I never got to know him personally. Growing up he was one of my magic heroes and remained so my entire life. I've often thought Randi is the model of what Houdini's would have become has he lived longer; a mentor to magicians, a champion of skepticism, and as close to a real-life wizard as one can get. I don't think the story of magic can be told without The Amazing Randi. 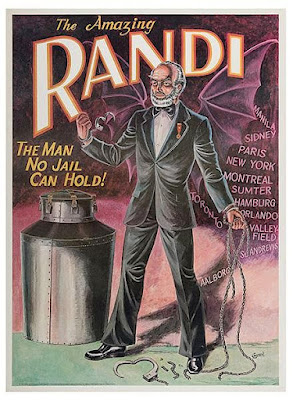