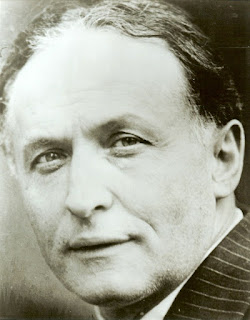 Not long ago the Smithsonian Institution Archives posted a very interesting article about Houdini's visit to the lab of Dr. Aleš Hrdlička, curator of Physical Anthropology at the Smithsonian Institution, in the Spring of 1926. Dr. Hrdlička was convinced Houdini possessed measurable physical abnormalities that aided in his escapes, and conducted a full psychical examination of Houdini.

Now thanks to a request by David Byron, the Smithsonian has posted Dr. Hrdlička's actual examination chart, which gives us a remarkable snapshot of the physical Houdini in the last year of his life.

He had "medium blue eyes" with brown flecks around the pupils. His hair is noted as being "wavy", black "now about 5/6 gray", and thinning over the top. His grip is asymmetrical and his toes are "prehensile through training."

The report also reveals that Houdini's left wrist is at 50% strength compared to his right and in "traction." If this is from the break he suffered while making The Master Mystery and The Grim Game seven years earlier, it appears this injury had become chronic.

But most surprising is that Houdini's upper rear teeth are noted as "all in poor condition" from the "bicuspids and backward, all." It's also noted that his tongue is "coated in back." We all know Houdini was no fan of surrendering himself to doctors until forced to do so (an attitude which hastened to his death). Perhaps this extended to the dentist as well? Or maybe dentistry, and people's attitudes toward dental hygiene and upkeep, just wasn't what it is today.

Thanks to David Byron for the alert and help translating some of the chart information.
Written by John Cox at 11:50 AM