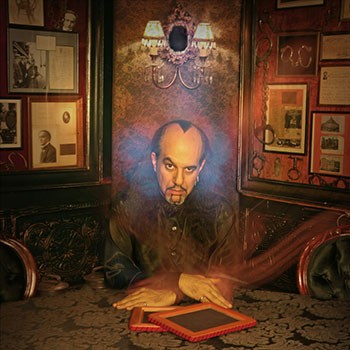 This week came sad news of the death of Max Maven at age 71. I don't need to tell you that Max was a famous magician and mentalist, maybe the most famous mentalist since Dunninger. He was also a big part of the Magic Castle community. I saw Max many times at the Castle and recognized him as a famous figure in magic. But I was too shy to introduce myself. Hey, he was pretty scary looking! And why would Max Maven want to meet me?
Flash forward to the 2015 Los Angeles Magic History Conference, which I attended. During one of the shows in the main ballroom John Gaughan surprised us all when Q The Automaton from The Master Mystery suddenly lumbered through the audience. It was a great moment. But I'll never forget what happened after the show ended.
I was getting up from my chair when Max Maven stepped up to me. He smiled warmly and said, "I thought you should have this." He then handed me a plastic rivet. Apparently, it had popped off Q when he marched through the audience and landed right in front of Max. It was a double whammy moment. Not only was I meeting the great Max Maven. But he knew exactly who I was!
I still have that rivet. It sits in my main display case along with signed Houdini photos and other treasures. But it's not there because it came off John Gaughan's Q. I cherish it because it was given to me by Max Maven.
From that moment on I always greeted Max at the Castle and was honored to see him in the front row during some of my talks. He was always open, generous, and friendly. I also came to understand him as a person of great wisdom and humility. He was a role model not just as a performer but as a human being. I'm not surprised to the see the outpouring of love shown by so many with this news of his passing.
Goodbye Max. Thank you for a lifetime of magic. And thanks again for the rivet. 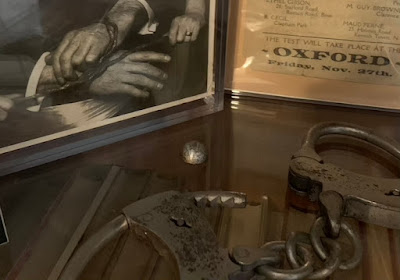