You cannot keep him out!

On November 18, 1918, Houdini's The Master Mystery premiered at the St. James Theater in Boston. Houdini attended the premiere with co-star Marguerite Marsh. It's been a few years since I've celebrated The Master Mystery's debut, so let's do so today with this terrific ad from the Exhibitors Herald. 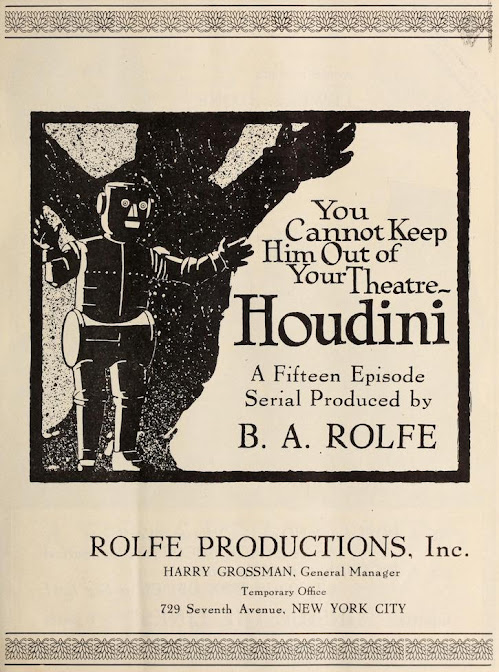 I think it's interesting that this ad doesn't feature Houdini's image. Instead, this showcases his co-star, Q The Automaton, said to be the very first movie robot. You can't keep HIM out of your theater either, as this footage from the 2015 Los Angeles Magic History Conference proves.
I'll be marking this anniversary by watching the first few episodes tonight. Q lives!