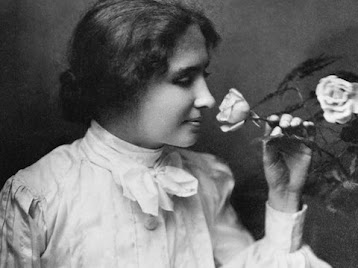 Like Houdini, Helen Keller is one of those remarkable figures in American history that every grade schooler learns about. Rendered deaf, dumb, and blind by illness at 19 months, she was miraculously educated by her famous teacher, Anne Sullivan, and grew up to became a prolific writer, disability rights advocate, and lecturer. Like Houdini, her inspirational life story has been told in many books, plays, and movies.
That's why finding the below was such a treat. This appeared in the Buffalo Evening News shortly after Houdini's death. I'll let Helen speak for herself.
One of those times Helen would have experienced a Houdini performance was at the 1915 Panama-Pacific International Exposition in San Fransisco. As you can see below, Houdini and Keller were featured attractions on November 6th. 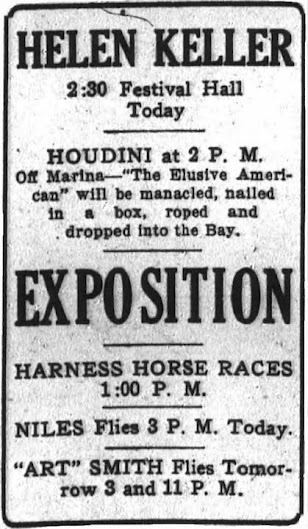 Today you can always find Houdini and Helen sharing a bookshelf. 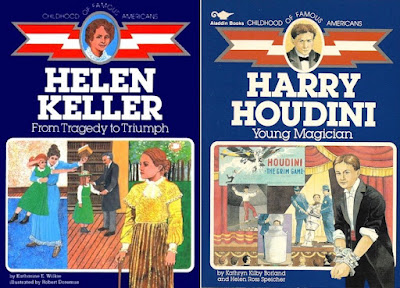