Finding the graves of Jane and Erwin Connelly 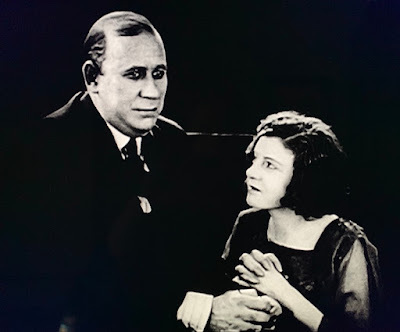 Yesterday I visited the graves of Jane and Erwin Connelly at Hollywood Forever cemetery in Hollywood. Jane and Erwin were vaudevillians who co-starred in Houdini's The Man From Beyond. They were also personal friends with Harry and Bess. While their crypts are not together, they are in the same mausoleum and only a few steps from each another. You might recall Hollywood Forever also holds the unmarked remains of Edward Saint. 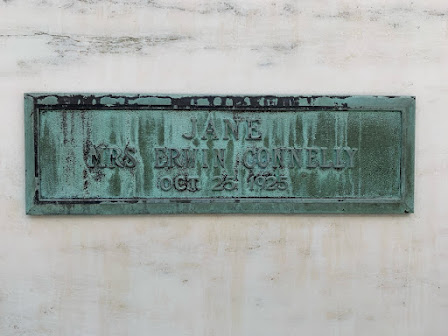 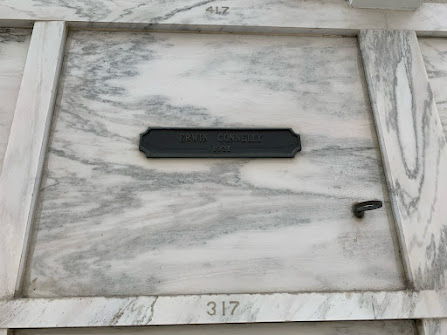 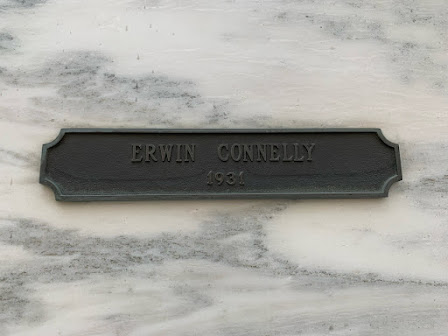 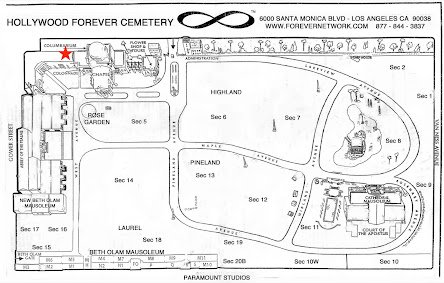 Jane and Erwin are inside Building A, Crypts 209 & 417. Don't be put off by the fact that you are walking into a brand new mausoleum. If you continue all the way to the back you will discover there is an older mausoleum within.
For me, this felt like the culmination of a journey I've been on with Jane. In 2012 I did a series on "Houdini's Leading Ladies." Most of his co-stars were established actresses whose backgrounds were easy to uncover. But Jane Connelly, who had the most significant role in any Houdini movie, was largely a mystery. She only appeared in one other film, and at age 38 was significantly older than most silent movie ingenues. The Man From Beyond pressbook claimed, bizarrely, that Connelly was discovered by building a composite photo of "psychic types" which she matched perfectly. Yes, psychic casting!
A few years later I found a clipping that showed a Jane Connolly (different spelling) sharing a vaudeville bill with Houdini. I formulated a theory that Houdini may have known Jane from his vaudeville days and may have even been friends with the performer. Earlier this year I found more evidence of Houdini sharing the bill with Jane and her husband Erwin, who is also in the movie. I told their story in THIS POST.
Finally, while at the Harry Ransom Center last summer, I confirmed the final piece of my theory that Jane was a personal friend. The HRC has three very fetching 8x10 photos of Jane all signed to the Houdinis. On one she writes: "In memory of many happy moments under your roof. With Love, Jane."
While I knew Jane died in Hollywood in 1925, I never thought to look up where she was buried. I did so this weekend and discovered she and Erwin were in Hollywood Forever. So off I went! She was a little tricky to locate (that's a whole story), but I eventually did find The Girl From Beyond. Want to see those fetching signed photos of Jane from the Harry Ransom Center? You can do so as a member of my Patreon by clicking the image below. 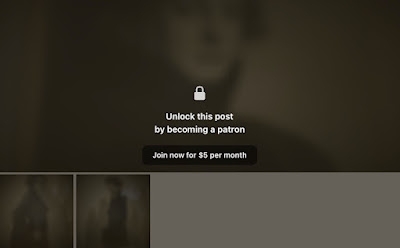 Thanks to Athena Stamos for the on-site assistance finding the Connellys.