An original Houdini Type I portrait photo has sold on eBay for a surprisingly high $887.00. The auction received 28 bids. Just goes to show that a Houdini photo doesn't need to be signed to be valuable. I expect the real appeal here was the beautiful image and the excellent condition. 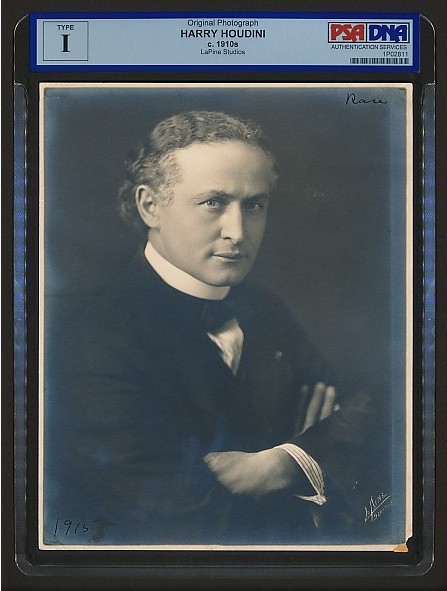 This photo, taken in 1915 by the LaPine Studios of Seattle, WA, was a favorite of Houdini's. He used it extensively on advertising material related to his anti-spiritualist lecture tour in the early 1920s. This image can be found on programs, window cards (one of which sold on eBay for $1000), and a beautiful color poster that is currently on display at the Houdini Art and Magic exhibition.

This photo can also be seen inside Bess Houdini's famous "Houdini Shrine" during her cameo in the film Religious Racketeers (although I've also seen the shrine with a portrait of an older Houdini inside). 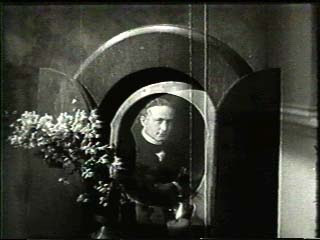