Today I have a very special treat. Neil McNally, a professional writer and Houdini buff--who recently penned a fine piece about Houdini for Famous Monsters of Filmland magazine--shares with us an exclusive examination of Houdini's testimony before Congress in 1926. This is Houdini in his own words, and it's fascinating stuff. I'll let Neil take it from here. 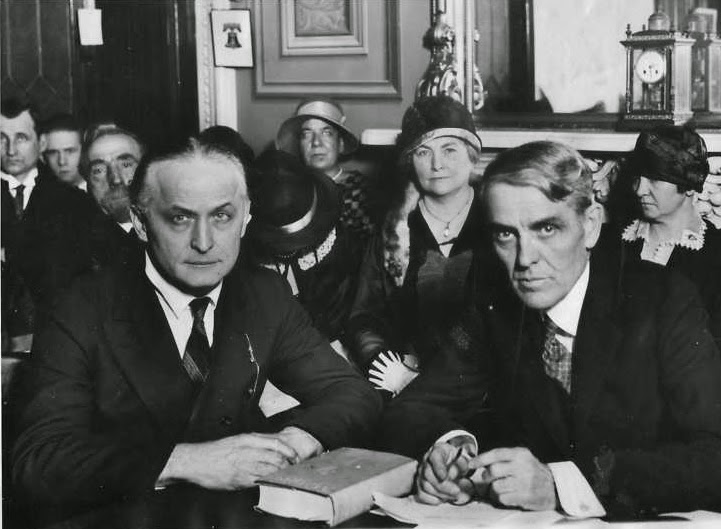 Act One: Arguments and Accusations

The daring feats of Harry Houdini’s life read like the chapters of a well-read book: Metamorphosis, The Mirror Handcuffs, The Milk Can Escape, The Chinese Water Torture Cell, and…Congressional Hearings? In our modern digital age where the nation’s political comings and goings are now instantly accessible, this obscure and largely overshadowed incident in Houdini’s career exists in scant remaining pictures and a lengthy written account of the event. In 2013, this rare transcript was finally made available for purchase giving scholars and casual Houdini fans alike the unique opportunity to hear Houdini’s thoughts and opinions on fortune telling and spiritualism unfiltered and, similar to the man himself, to the point.

In a way, Houdini’s life and spiritualist crusading had been leading up to February 26, 1926. So, when a bill was up for debate that would have outlawed fortune tellers in the District of Columbia, he found himself asked by venerable New York Representative Sol Bloom to give his expertise on the matter before a Congressional committee. After arriving hastily by train, Harry Houdini made his way to the House of Representatives, and found himself going head to head with his greatest challenge ever: DC politicians.

McLeod: What is your full name?
Houdini: My name is Harry Houdini.
McLeod: What is your business?
Houdini: I am an author; I am a psychic investigator for the scientific magazines of the world; and then I am a mysterious entertainer…
McLeod: Do you care to make a general statement? I understand you are a proponent of this bill, 8989.
Houdini: Yes, sir…This is positively no attack upon a religion. Please understand that, emphatically…I respect every genuine believer or any other religion, as long as it does not conflict with the laws of the country or the laws of humanity…But this thing they call “spiritualism,” wherein a medium intercommunicates with the dead, is a fraud from start to finish. There are only two kinds of medium, those who are mental degenerates and who ought to be under observation, and those who are deliberate cheats and frauds. I would not believe a fraudulent medium under oath; perjury means nothing to them…

In his first few minutes of testimony, it is more than apparent that Houdini wasn’t going to pull any punches. While it is left to our imaginations what a “mysterious entertainer” exactly is, as a reader you really have to put yourself into the mindset of the post-World War I era to fully grasp how damning and inflammatory Houdini’s words and actions were. Frank R. Reid of Illinois joined Judge McCleod in further questioning of Houdini.

McCleod: It is possible to have a general clairvoyant, is it not?
Houdini: It is impossible, I claim. I will give $10,000 to any clairvoyant in the world that will do one test.
Reid: What test is that?
Houdini: Any test I want them to do…
Reid: How long have you been fighting them?
Houdini: About 35 years.
Reid: Have you been fairly successful?
Houdini: I have had more mediums arrested in two years than have been arrested in 70, because I know their tricks. I know how to catch them.

It’s worth noting that during his testimony various groups of mediums and spiritualists sat in the audience of the hearings in protest of Houdini, and desperate for the proceedings to go their way. It is here that Houdini’s antagonistic and no-holds-barred approach towards them comes to the forefront as he acknowledges their presence in a very unique way.

Robert G. Houston (Delaware): You have never tried to catch them on a test, have you?
Houdini: On a test? (Turning to the audience) Tell me the name my mother called me when I was born?
(No response)
Tell me the pet name my father used to call me…
(No response)

To up the ante, as well as the tension, Houdini threw down a crumpled piece of paper onto the committee table.

Houdini: You asked for a test?
Houston: Sure.
Houdini: Here is a telegram (turning to the audience). Read that, you clairvoyant mediums and show me up. Tell the contents of that telegram.
(No response)

While the tension of the moment still crackles off the page, Houdini’s theatrics seemed to ruffle some political feathers as Ralph Gilbert of Kentucky testily began to question the validity of the bill and the amount of time allotted to Houdini.

Gilbert: I believe in Santa Claus and I believe in faeries, in a way, and the gentlemen is taking the matter way to seriously…Would you be so cruel as to deprive a young country fellow of the pleasure of getting a picture of his sweetheart or being told he is “going on a long journey” and all that frivolous stuff?
Houdini: You are wrong in your statement. Pardon me…You are preventing blackmail; you are not stopping little children from enjoying themselves with innocent pastime.

It’s no secret politicians like to talk and this transcript is no exception. Pages are taken up with various state representatives questioning and arguing amongst themselves while Houdini continues to present his evidence against fortune tellers and con artists. Eventually, the spotlight is directed on Houdini’s own spiritual background. The dialogue that follows gives us a window into Houdini the man, as opposed to the mythical “Houdini the Great!”

William C. Hammer (North Carolina): You don’t claim to do anything by divine power?
Houdini: No sir, I am human. But, mediums are trying to say I am psychic. This is not true.
Hammer: Have you any religious views?
Houdini: Yes sir. I am the son of a rabbi. For hundreds of years my forbears were rabbi.
Hammer: Where were you born?
Houdini: I was born in Wisconsin in 1874.
Sol Bloom (New York): Everything you do is just as a magician?
Houdini: Yes sir. I call it “mystification.” But, I do tricks no one can explain.
Hammer: You do not claim divine power?
Houdini: No sir.
Hammer: But, these mediums do?
Judge McLeod (interrupting): You claim you have psychic power?
Houdini: They say I have. No one has. We are all born alike.
Hammer: These people claim they have divine power. Don’t you think it is very difficult to do anything along the line of stopping them? I am talking to you (Houdini). You have a religion, and I ask you under our form of government, if we ought not to go very slowly before we enact legislation along this line?... I want some sort of a bill…although you are rather severe in your strictures of those who disagree with you.

The verbal dueling continues on at a rapid pace as the politicians of the time challenge Houdini’s views just as much as he was challenging theirs. However, Houdini, true to form, had much more up his proverbial magician’s sleeves. In the end, would the bill get passed or would spiritualism reign supreme? As the saying goes… 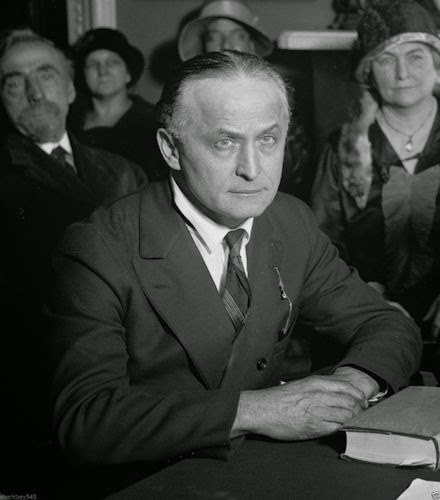 A very big thank you to Neil McNally. Visit his website at neilmcnallywriter.com.