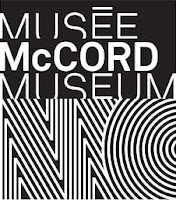 The McCord Museum in Montreal, Canada has put a number of Houdini items from their collection online. Among the 669 artifacts are letters, programs, and several unpublished photographs.

Last year the MCord received a large bequest of magic memorabilia, including many items related to Houdini. "It’s the second-largest collection of Houdini material held in a public institution," said David Ben, artistic director of Magicana, who served as an adviser to the museum.

The McCord Museum is housed in the former McGill University Student Union building where Houdini lectured during his ill-fated visit to Montreal in October 1926.


Next year Magicana's Magic Collectors Weekend (MCW) will be held at the McCord Museum, May 25-27. You can find more information on that HERE.