The Grim Game screening in Sheffield 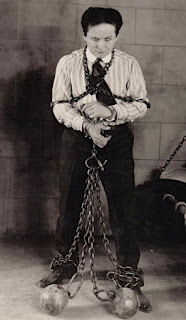 Houdini's The Grim Game will screen this Wednesday, July 20 at 5:30 PM at the Show Room Cinema in Sheffield as part of the Yorkshire Silent Film Festival. The screening will have live musical accompaniment by Jonathan Best. Tickets can be purchased HERE.

Considered lost for decades, The Grim Game was restored by TCM in 2015. There is no news yet on a DVD release, so theatrical screenings are currently the only way to see Houdini's best film.