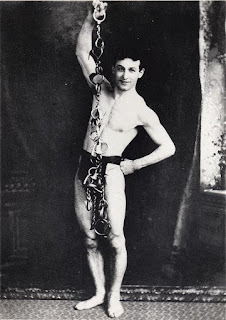 Houdini began 1899 adrift and discouraged. He had begun his career as a professional magician in 1891. Now, eight years later, he had not made a name for himself and was stuck playing dime museums to make a living. In fact, he worked the lowly venues so much, he was now nicknamed "Dime Museum Harry." He was also dead broke. A year earlier, he had attempted to sell his entire act, including his handcuff act. There were no takers.

But you will still be able to enjoy the story of Houdini in 1899 with the publication of my upcoming book.