American Pinball has unveiled their new Houdini-themed pinball machine at G2E (Global Gaming Expo) in Las Vegas. Below are images and the official press release for HOUDINI: MASTER MYSTERY. 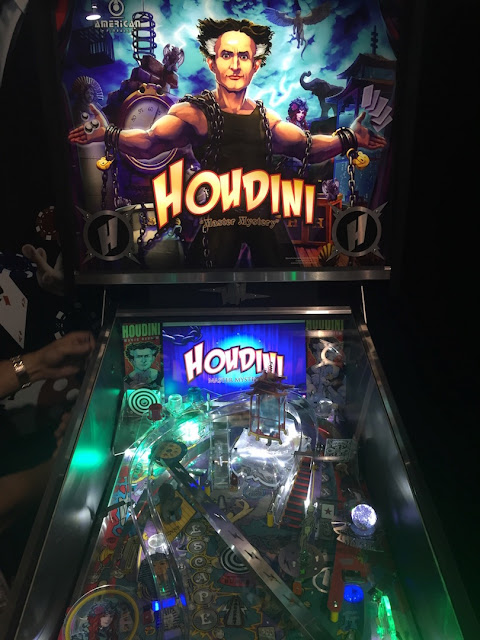 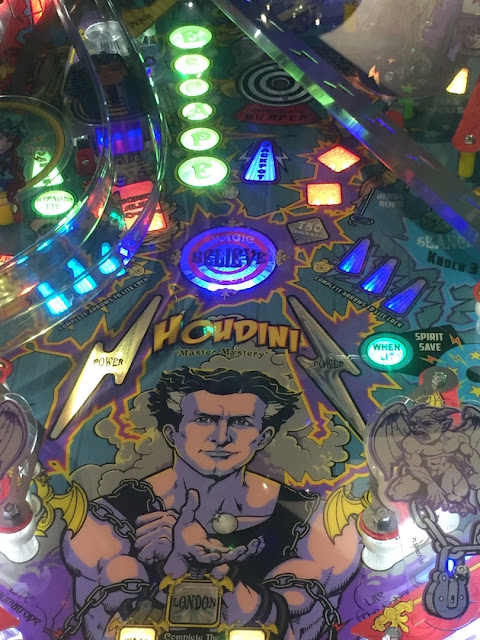 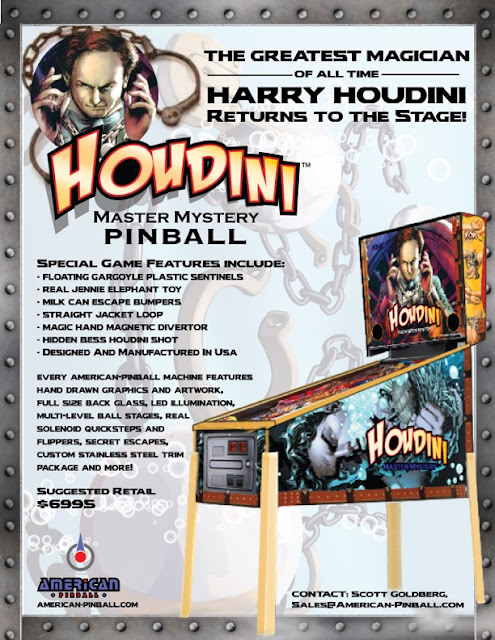 The Greatest Magician of all time HARRY HOUDINI returns to the stage!

Chicago, IL – September 26, 2016 - American-Pinball, manufacturer of arcade games and amusements, is excited to announce the world-wide release of Houdini - Master Mystery™ pinball machine for the home, arcades, gaming centers and magic collectors. The unveiling will take place September 26th at the Venetian Las Vegas hotel on the eve of G2E, The Global Gaming Expo.

Based in the mecca of the pinball universe just outside Chicago, Illinois, American Pinball features a team with decades of industry experience and is launching its first pinball machine under the name Houdini for several reasons. Known as a masterful magician and Harry Houdini is considered the greatest magician, conjurer and escape artist that there ever was. Captivating audiences worldwide with his legendary escapes and shows was his specialty, the Houdini™ pinball will carry on that magical tradition as a beautiful crafted pinball machine featuring a one-of-a-kind pinball theater experience with an LCD color screen and patented cabinet.


The blog Pinball News was given an exclusive first look at the game and has more coverage HERE. You can follow American Pinball on Facebook.

HOUDINI: MASTER MYSTERY can be seen at booth 4105 at G2E in Las Vegas through Sept. 29.