Our good friend Steven Bingen, who has written books about Warner Bros and MGM, is now completing a new book about Paramount Studios called Paramount: City of Dreams. While doing research, Steve came across this October 1952 issue of the studio newsletter showing an impressive new construction on the backlot for their upcoming production of Houdini. 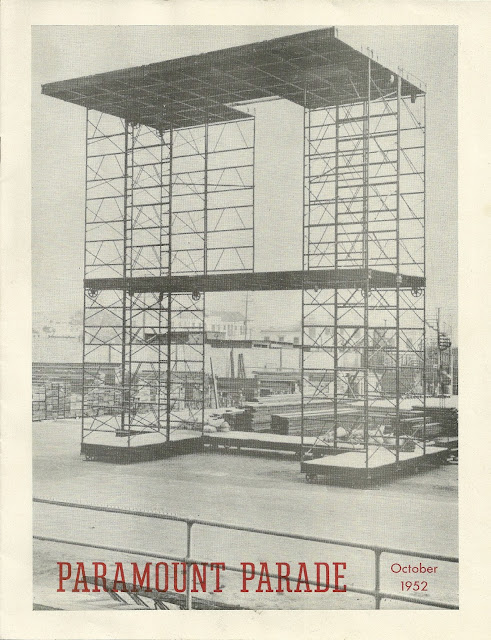 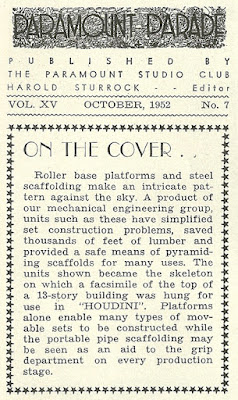 The building facade would be used to shoot Houdini's suspended straitjacket escape. Here are a few images of the shoot itself from the archives of LIFE magazine. Unfortunately, I don't know the name of the stuntman who performed the straitjacket escape that day. It's interesting to note that this was filmed around Halloween 1952. 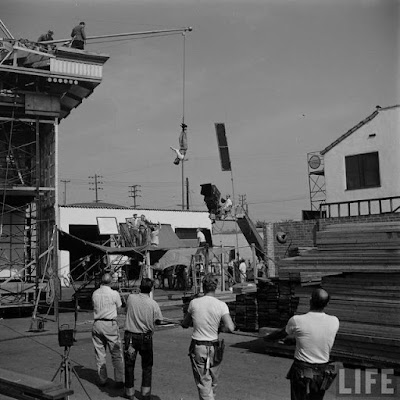 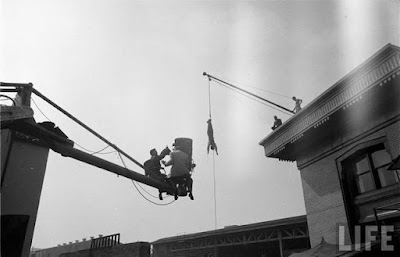 Houdini (1953) is due to be released on a new DVD and Blu-ray on November 15. Steve's Paramount: City of Dreams will be released November 1 and can be pre-ordered at Amazon.