Adam Steinfeld's short film HOUDINI...Talks Houdini will screen at the 16th annual Coney Island Film Festival on September 17 at 7:00 PM as part of block of music videos and experimental films. The film is a fictional recreation of what Adam imagines Houdini's final radio interview would have been like. 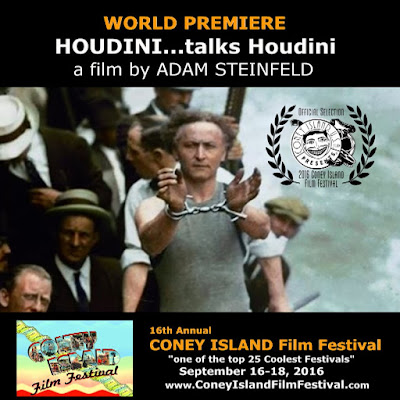 You can buy tickets and get more details at the official Coney Island Film Festival website.